For this sixteenth post, I will present a series of images in the form of a photo essay that impressed me during my visits to museums during the inaugural week September 11–17. 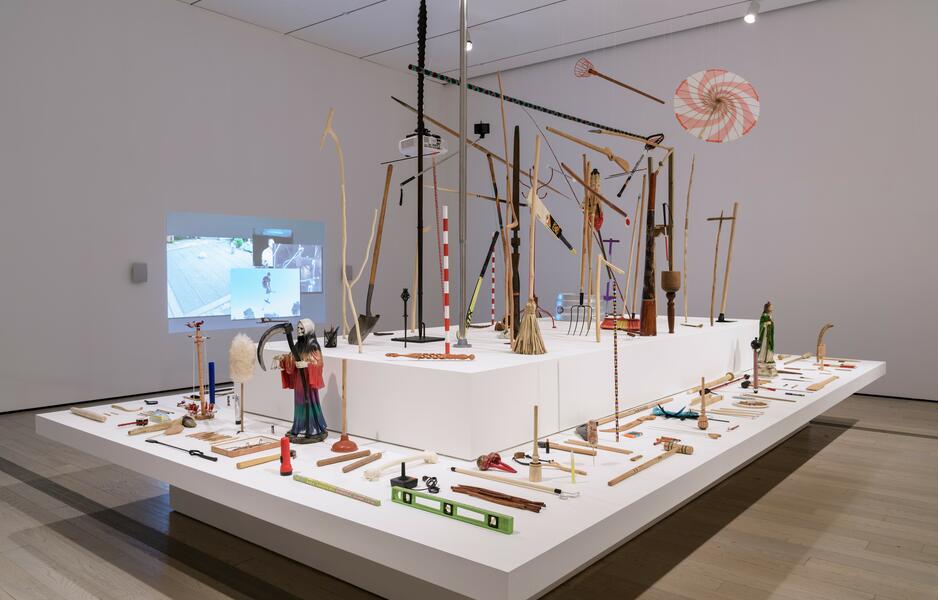 At the opening Press Conference of Pacific Standard Time: LA/LA at the J. Paul Getty Museum at the Getty Center, James Cuno, President and CEO of the J. Paul Getty Trust, declared that art doesn’t know political borders, a thought that transcends the political discourse of today. Furthermore, Mr. Cuno rightly added that we are witnesses to a historical moment of recognition when more than seventy arts and cultural institutions present exhibitions of Latin American and Latino art in dialogue with Los Angeles and southern California. This unprecedented initiative, led by the Getty, has been in the making for years. It provides unparalleled opportunities to learn about the breadth, depth, and reach of artistic practices and histories in this scholarly collaborative undertaking. Some readers will be familiar with some of the artists’ works, and others, totally unfamiliar. Raising awareness of unknown or lesser-known artists is a core objective of this undertaking. As a result, much new research has gone into both the search for artists selected in the museums, as well as the research for the newly published catalogues.

Subjectively speaking, the compellingly interesting and often beautiful works are only a few of the countless images researched, historically contextualized, and selected by curators who have dedicated years to preparing for these exhibitions. Pacific Standard Time: LA/LA. will doubtless be an eponymous exploration. Here are some of my choices among thousands of works in Los Angeles and southern California.

The presenting sponsor is Bank of America.

*Please note Camillo Ontiveros used the personal belongings of Juan Manuel Montes, who was granted protected status by the Deferred Action for Childhood Arrivals (DACA) program created by President Clinton. However, Mr. Mones was recently deported by the present administration.