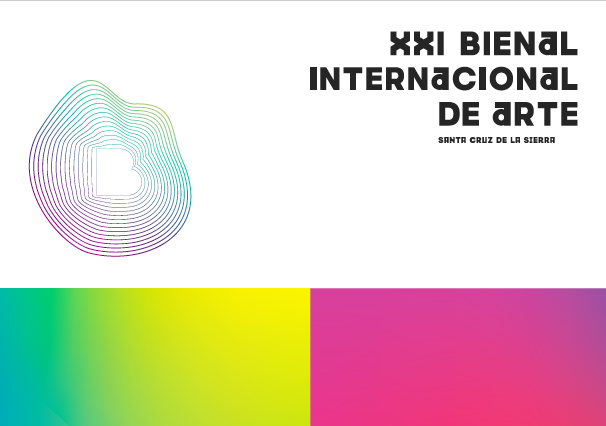 The theme of the XXI International Biennial of Art of Santa Cruz de la Sierra “Lo Público” Fuera del cubo blanco (“The public” Outside the white cube), is a curatorial and spatial proposal that thinks a biennial focused on public art, considering the work of art as a monumental sign consistent with that of the city. It inserts in it both visual and spatial, considering the city as a whole, a large room, the backdrop or stage for the imposition of the work of art. It is set to provoke thought about the relationship between art and city: the way in which the unpresentable and abstract notion of  city, which can be understood from other means, through other devices and mechanisms, is put into shape, modeled, transformed, materialized and visualized. Art is turned towards it, with a self-awareness, which is read and recounted, positively contaminating devices for building memory or a city image; or, meddling with a public art committed to the ups and downs of a city subjected to the critical look of the operations of Art.

The biennial will be carried out mainly in the streets of the city center (Historic Center - old town) including the first ring, in public spaces: roundabouts, squares, streets, squares, etc. and in alternative spaces such as: showcases, streets and markets, transport, etc.

In addition, it will be extended to different exhibition spaces with national and international exhibitions by invited curators: Raúl Otero Reiche House of Culture, the Altillo Beni Museum, MAC Museum of Contemporary Art, KIOSKO Contemporary art space, Cloud Gallery, Museum of History and the Center for Plurinational Culture CCP.

Within the extensive Biennial program, the following exhibitions will be held in March: