Graciela Carnevale, Elda Cerrato, Sara Facio, Eduardo Gil, Narcisa Hirsch, Marta Minujín, Luis Felipe Noé and Eduardo Serón are the distinguished artists awarded the National Prize to Artistic Trajectory 2019. Some of their works, from different disciplines, will be exhibited and will become part of the museum's collection. 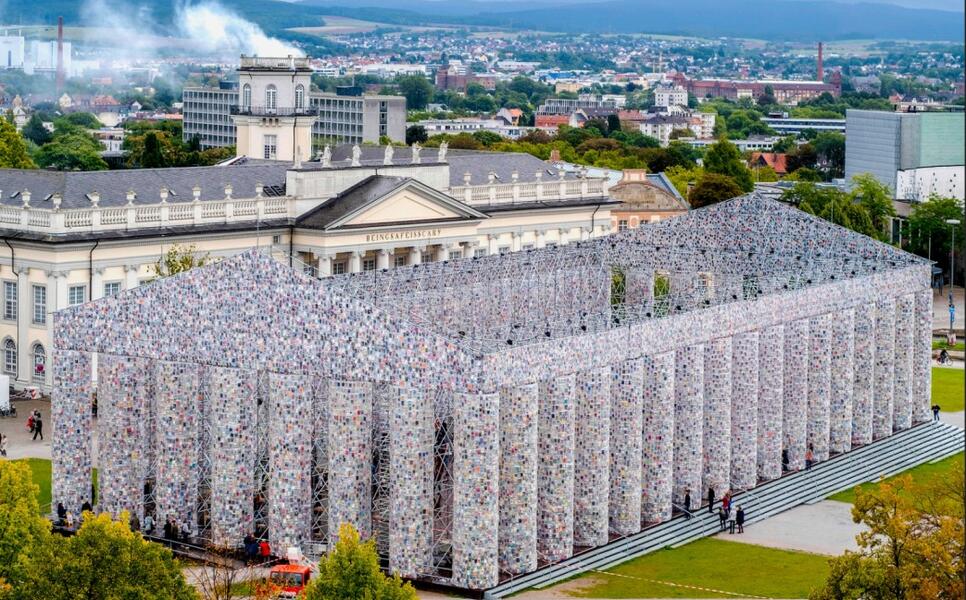 The National Museum of Fine Arts (Buenos Aires, Argentina) will present, from Friday, January 24, works of the eight winners in the 2019 edition of the National Award for Artistic Trajectory, an initiative that accompanies the completion of the 108th National Hall of Visual Arts.

In rooms 32 and 33 of the first floor of the Museum, 36 works donated by highly distinguished artists of Argentine visual history will be exhibited: Graciela Carnevale, Elda Cerrato, Sara Facio, Eduardo Gil, Narcisa Hirsch, Marta Minujín, Luis Felipe Noé and Eduardo Serón , women and men with heterogeneous itineraries, who configured their work through diverse experiences and languages, such as painting, drawing, installations, video and experimental cinema, performance and photography.

"As part of this distinction - explains Andrés Duprat, director of the Museum -, the works exhibited here, which were selected by the artists along with the Fine Arts Museum, will become part of the institutional heritage." The complete donation consists, in total, of 55 works. "These additions will update the readings and enliven the debates, in dialogue with a vast corpus of works of Argentine art that already make up the Museum's collection," he adds.

Among the pieces of art exhibited, images of “The Parthenon of forbidden books” are listed, the great replica of the Greek building created by Minujín to celebrate the return to democracy, taken on both occasions when the work was erected: in Buenos Aires, in 1983, and in Kassel, Germany, in 2017, in addition to censored publications in different countries with which the artist built the installation in the European city, and videos of registration of both actions. Also from Minujín, “Meditation in Fluo” is exhibited, a 2014 work that combines projected video and fluorescent painting on canvas.

By Facio, four historical black and white photographs about Peronism are included, taken in 1973, while, from Gil, a photograph from the series “Landscapes” (2005-2014) is exhibited, a photograph that proposes a rupture from traditional portrait rules or dogma, as well as another from the series "Personal signs", 2011. There will also be heliographs, drawings and an acrylic by Cerrato, accompanied by a film by the artist, and by Serón, “Prestige from the absolute” (2003) will be featured, an oil on canvas where rounded, net and irregular shapes acquire a certain monumentality, in addition to the historical work “Painting No. 34” (1961), in which concentric gradations extend from circles and generate rhythms that are perceived as displacement.

Noé's chosen works are the acrylic “Witnesses and testimonies”, one of his most recent projects, from 2018, referring to the concept of “chaos”, rector of his current production, and graphite on paper “Hero and antihero”, from 1979. Meanwhile, by Carnevale there will be documentary records of his performance "El Encierro", made in 1968 in Rosario, as part of the Experimental Art Cycle, a poster and photographs of that radical proposal, in addition to the work "Oblique look”, from 2001, created with three aluminum windows with reflective glass.

Finally, by Hirsch, the almost 8-minute documentary record of the happening “Marabunta”, a piece from 1967 directed and starred by the artist, which was a pioneer of the experimental cinema promoted by Hirsch in Argentina, with camera and edition by Raymundo Gleyzer, as well as images of the shooting of the tape and other drawings by the artist.

The National Prize for Artistic Trajectory recognizes the path taken by distinguished creators during decades of work, the power of aesthetic interventions when they motivate new looks and the reflection that comes to shed light on historical time itself. This plurality of perspectives combines a story about the arts in contemporary times.

The exhibition of works by the award-winning artists can be seen from Friday, January 24 and until mid-April in rooms 32 and 33 of the first floor of the Museum of Fine Arts, Buenos Aires.