VERY WELL RECEIVED IN THE ART SCENE, GOOD SALES AND 200,000 VISITS, THE SPECIAL EDITION OF arteBA IN ARTSY CLOSES TODAY

In relation to the global situation we are experiencing, arteBA held a special edition: an online exclusive fair on the Artsy site, that achieved the objective of reinforcing the actions aimed at sharing and promoting Argentine and Latin American art in a virtual way. 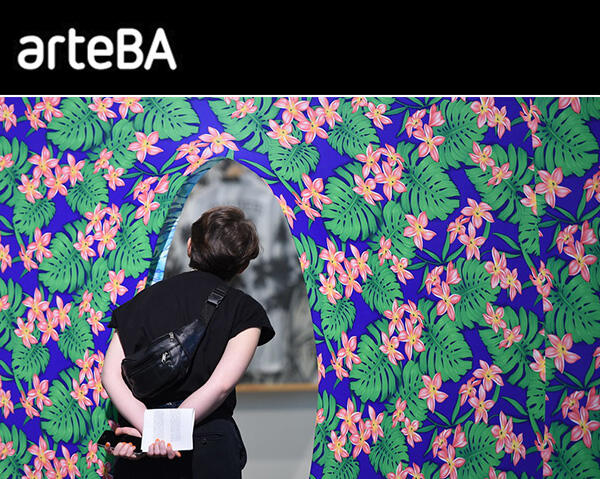 The Artsy site has provided a complementary online platform to the arteBA fair in recent years, which has taken on new relevance in this global context.

During the month of April, the platform was online and gave international visibility to more than 400 artists represented by 80 galleries from various cities around the world who participated free of charge. With free and open access, the site had 200,000 visits and gave collectors, buyers and those who enjoy art the opportunity to see and buy from their homes a selection of high-level works specially designed for this edition.

The special edition of arteBA online gave the possibility for the first institutional acquisition to take place virtually in Argentina. The Malba - Museum of Latin American Art of Buenos Aires - incorporated into its collection works by the artist Maris Bustamante and a photograph of Milagros de la Torre, selected in the Waldengallery and Rolf Art galleries respectively within the virtual platform of arteBA.

This platform also allowed the first nomination for EFG and ArtNexus' annual Latin America Art Award for acquisition to be opened virtually. The first nominee is Daniel Otero Torres with the work "Arctic White", from the Mor Charpentier gallery in the special edition of arteBA. He was selected by Celia Birbragher, editor and director of ArtNexus, and guest curator Alexia Tala, art critic and historian with an emphasis on Latin America.

Within the framework of the special edition of arteBA, the EN OBRA Award, instituted in 2008 by Juan Cambiaso and currently organized by Joaquín Rodríguez and Abel Guaglianone, made a change in its object and format, transforming into EN OBRA Fund for its 2020 edition. This solidarity initiative has the support of collectors and art enthusiasts, and puts its best efforts to bringing immediate help to visual artists who have been economically affected by the current crisis.

The virtual actions that arteBA is currently taking are in line with the Foundation's objectives of encouraging and promoting contemporary artistic production and attracting and engaging a new audience into the practice of collecting.