A collective exhibition inspired in literature brings works by 30 contemporary artists from different countries, along with a program with Cabaret nights, literary saraus, performances, seminars and film sessions. 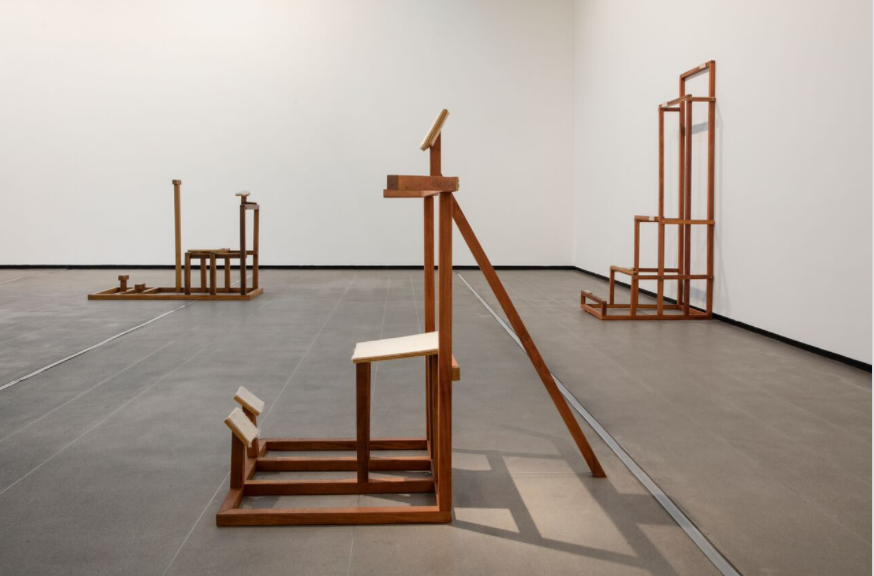 On Saturday, March 10, the Iberê Camargo Foundation inaugurates the Unanimous Night - Volume 3 exhibition, which brings works - many of them unpublished - of some 30 contemporary artists, references in the local and world visual arts. Inspired by the surrealist games and the literature of Jorge Luis Borges and Julio Cortázar, the show questions the limits of language and authorship, in an instigating narrative challenge. (Access the list of artists, works and images here).

A wide parallel program is planned during the weekends during the exhibition. The Unified Night Cabaret will be a nighttime experience punctuated by attractions that involve music, performance, film and readings, inspired by the excitement and mystery load present in the fiction. Throughout the night and the presentations, the public will be able to taste drinks served in the atrium and outside area. In addition to the Cabarets, the Foundation will promote a series of parallel activities, such as saraus and seminars to discuss themes of the exhibition, and the Iberê Cinema, with films that broaden the reflections on the proposal of the exhibition. The Empire of Dreams Seminar - Madness, Fantasy and Surrealism - to be held every Saturday at 4:00 p.m. - will promote conversations, readings and debates around the night, of madness and absurdity, with guests like the artist visual Daniel Jablonski, the curator Leo Felipe, the writer and journalist Veronica Stigger, the artist Pablo Uribe, among other names to be confirmed.

On the opening weekend, at 4:00 pm on Saturday, March 10, the first meeting of the Seminar will be held, with the artist Daniel Jablonski, who will address the theme "The dream, the dream, Freud and the notions of leisure and productivity" . Jablonski is a visual artist, teacher and independent researcher. His multifaceted production, combining theory and practice, investigates the place of the subject in the formation of new mythologies and discourses of the everyday. It works both in the context of a conventional exhibition as well as a publication or a conference.

On Sunday, 11, also at 4pm, the Iberê Cinema brings the film Mulholland Drive: City of Dreams, David Lynch. The session will be commented by the screenwriter, director and film producer Gilson Vargas. The exhibition is part of the night program - a parallel film activity to the Unanimous Night exhibition, and in the case of Marta Biavaschi

The Unanimous Night exhibition has the structure of a novel. Instead of chapters, works of art compose a narrative of fiction, whose unfolding occurs in the experiences lived along the route taken by the visitor in the exhibition space. From a text written by the Lithuanian artist Raimundas Malašauskas (read the text and listen to the audio here), the curator Bernardo José de Souza - who plays the role of "narrator" of the story - invites other artists to give continuity to the narrative, creating new works (new chapters) or choosing works that already exist, that derive or are articulated with the previous ones and, thus, successively. In this sense, the structure of the exhibition seeks to challenge the conventional notions of narrative: there is a "reading" order proposed by the author, but one that can and must be subverted at any time by the reader / visitor's initiative.

The name of the exhibition arose from the first sentence of a story by Borges, Las Ruinas Circulares. The influence of police novels and scientific fiction and taste for non-linear narratives is also present in the Exhibition. "Through the constant moment of the past and the future from the present - one of the contemporary brands - this exhibition aims to articulate works and artists of" different "times and statures, says the curator (read here the introductory text Thus, Unanime Night is an exhibition in constant transformation, whose Volume 1 and Volume 2 occurred in the Art Exchange (São Paulo, 2015) and the Center for Contemporary Art in Vilnius (Lithuania, 2016), respectively. with other works and other artists. "It's a project underway, with no date to finish. It is an exhibition that changes its shape through space and time; that exists physically and mentally. It is an exhibition in search of an author ", explains Bernardo.