USELESSNESS AND ITS VALUE WITHIN AN AUTOMATED SOCIETY

On March 27, the Bronx Museum (NY, USA) will present a collective exhibition that will focus on the role of human beings and their growing uselessness in an increasingly automated society. Useless: Machines for Dreaming, Thinking, and Seeing focuses on the long tradition of thought that characterized philosophers and writers who praised "uselessness" as a means to achieve spirituality. 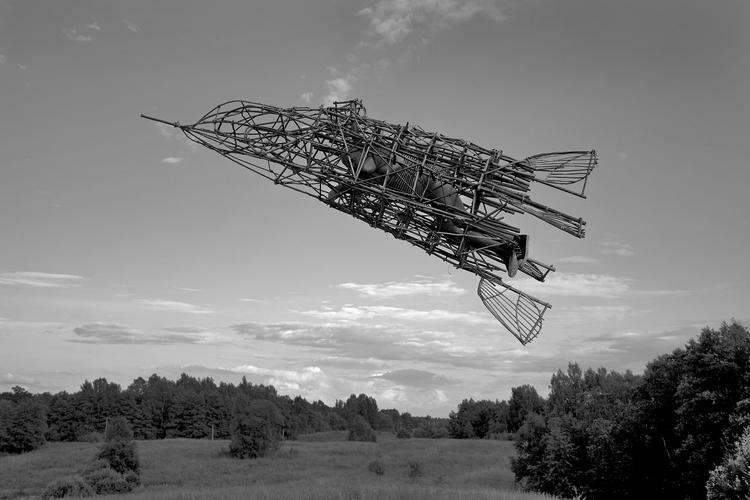 "[...] all the sciences are more necessary than this one, but better, none", says Aristotle in relation to the episteme (the first science), which is useless and unnecessary. The Greek thinker was indeed one of the pioneers in praising the uselessness given that, for him, the thought was valuable in itself. Thus, this type of thinking assumes an extra value in the field of arts and contemporary thought as a resource of criticism as opposed to the utilitarian approach that defines the capitalist society of the late twentieth century and what is the twenty-first.

In relation to Useless: Machines for Dreaming, Thinking and Seeing, members of the Bronx Museum explained: " Because machines are generally associated with the fulfillment of a practical duty, the functional independence of art is particularly highlighted when artists create or represent machines. We find ultimate examples of useless art machines in works by Jean Tinguely, for example, whose sole purpose is to destroy itself; or Wim Delvoye’s pursuit of technologically sophisticated devices for the production of excrement. They are two times useless: for being artworks and for producing more art.”

Under Gerardo Mosquera’s curatorhip, Useless: Machines for Dreaming, Thinking and Seeing has the support of the Andy Warhol Foundation for the Visual Arts, The Jacques and Natasha Gelman Foundation and the Taipei Cultural Center in New York. The exhibition inaugurates on March 27 and will take place until August 4.

About the Bronx Museum of the Arts

The Bronx Museum of the Arts is an internationally recognized cultural destination that presents innovative contemporary art exhibitions and education programs and is committed to promoting cross-cultural dialogues for diverse audiences. Since its founding in 1971, the Museum has played a vital role in the Bronx by helping to make art accessible to the entire community and connecting with local schools, artists, teens, and families through its robust education initiatives. In celebration of its 40 th anniversary, the Museum implemented a universal free admission policy, supporting its mission to make arts experiences available to all audiences. The Museum’s collection comprises over 1,000 modern and contemporary artworks in all media and highlights works by artists of African, Asian, and Latin American ancestry, as well as artists for whom the Bronx has been critical to their development. Located on the Grand Concourse, the Museum’s home is a distinctive contemporary landmark designed by the internationally recognized firm Arquitectonica.