This exhibition aims to make visible the influence of these three cultures in the art of the second half of the 20th century in Spain, an aspect so present in the work of the artists of that time as little explored yet. Its title borrowed the meaning in chemistry is used the term "principle", according to which an active element, alone or together with others, "reacts" when mixed or become soluble and produces shapes, colors and new structures and very different from each other. 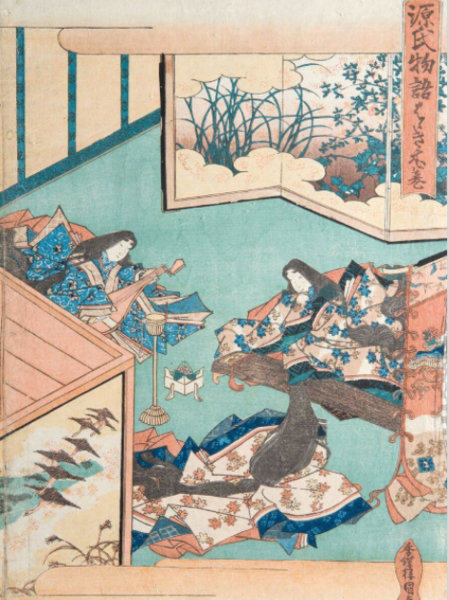 The exhibition presents more than 60 artists who have developed his artistic career in Spain and whose works are linked to with East Asia and India.

The presence of Zobel in and its relationship with the Spanish artists and its library, which had a large section of chinese and japanese books, turned to the painter in a bridge between the Asian art and abstraction of the 1950s.

The sample is primarily focused on the time frame between the Abstract Generation of the 1950s and the work of the artists born around the mid 1960s, when establishing the Museum of Spanish Abstract Art of Cuenca (1966). There are, however, examples of previous influence, such as the Potter Josep Llorens Artigas, who since the 1920s began working in works of great simplicity, or of Joan Miró, who, from the middle of the 1940s, precisely with Llorens Artigas, in parts which brought together pottery and paintings.

The exhibition of more than three hundred pieces of East and West, gives rise not only to painting, sculpture, printmaking and drawing, but also to the installation, photography, the new behaviors artistic and conceptual art.

The more than 300 Asian and western parts are presented together, as two worlds that share the space and time of exposure. There is relevant works from international museums and collections, but has wanted to prevail the presentation of the funds Eastern collections and public and private institutions, some of them little known yet.

This exhibition is the result of a curatorial research project that includes an Oral History Project which has received the testimony of 25 living artists through a questionnaire or personal interviews, which have been gathered in a series of mini-documentaries entitled "Asia and me. Conversations with artists", which has been scheduled in parallel to the exhibition and can be consulted, along with other materials of interest, in a content portal built for this purpose on www.March.es.