Teresa Margolles presents Sutura at the daadgalerie, in Berlin

As part of the Lange Nacht der Ideen 2018, organised by the Federal Ministry of Foreign Affairs of Germany, Teresa Margolles presents her solo show Sutura. The exhibition brings together two new projects of the artist, product of her stay in Berlin: Los Otros (The Others) and La Gran América (The Great America). 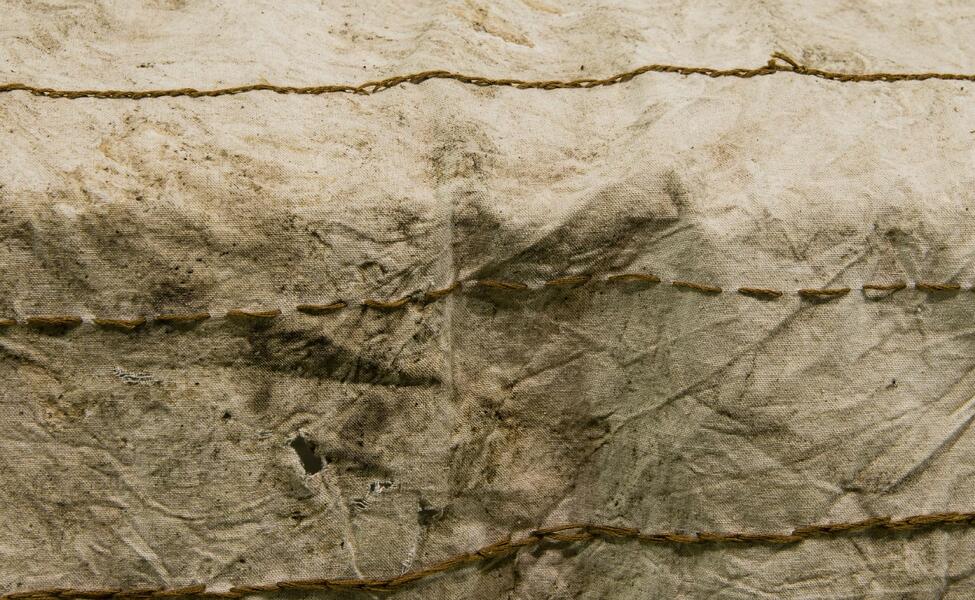 On the one hand,  is a minimalist intervention. Making use of a cloth used to clean the blood of an individual killed in the street, Margolles converts it in a symbol of narratives mixed with violence. In adittion, other Latin American artists who met the Mexican artist in Berlin have embroidered, each a line on the web and later later tell their own story of migration. In this work, the tradition of embroidery is reduced to an abstract line. However, each of these lines have a characteristic that give rise to the narrations: in the space of exposure, using high voices, each artist tells his own story.

On the other hand, La Gran América is an installation of handmade clay tiles created with materials extracted from Rio Grande, in Mexico, and produced in the City of Juárez, located on the border with the US. As a result, the artwork alludes to the hundreds of immigrants who die daily in their attempt to cross into the United States. Why tiles? The Mexican artist refers to the memory culture of the "Solpersteine"  that is present everyhere at the German capital.

Suture inaugurated on June 2nd, and will remain in the daadgalerie until July 22.