Tarsila do Amaral: Inventing Modern Art in Brazil at MoMA

The Museum of Modern Art in New York and the Art Institute of Chicago present the first exhibition devoted entirely to the iconic artist of Brazilian modernism in the United States, with more than 100 works that include paintings, drawings, sketchbooks, photographs and documents historical collections from Latin America, Europe and the United States. 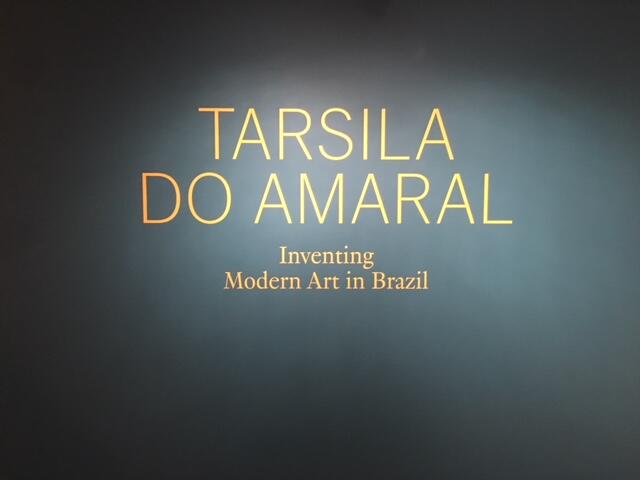 “I want to be the painter of my country,” wrote Tarsila do Amaral (1886–1973) in 1923. Born at the end of the 19th century to a family of coffee plantation owners in São Paulo, Tarsila―as she is affectionately known in Brazil―studied piano, sculpture, and drawing before leaving for Paris in 1920 to attend the Académie Julian, the famous art school that drew many international students. During subsequent sojourns in the French capital, she studied with André Lhote, Albert Gleizes, and Fernand Léger, fulfilling what she called her "military service in Cubism," ultimately arriving at her signature style of sensuous, vibrant landscapes and everyday scenes. The exhibition focuses on her pivotal production from the 1920s, when she navigated the art worlds of both São Paulo and Paris, and charts her involvement with an increasingly international artistic community, as well as her critical role in the emergence of modernism in Brazil. In 1928, she painted Abaporu for her husband, the poet Oswalde de Andrade, depicting an elongated, isolated figure with a blooming cactus. This landmark painting inspired the Manifesto of Anthropophagy, and became the banner for a transformative artistic movement, which imagined a specifically Brazilian culture arising from the symbolic digestion—or artistic “cannibalism”—of outside influences.

Though she is widely celebrated in her native country, this is the first exhibition in the United States devoted exclusively to Tarsila’s groundbreaking art. Featuring over 100 works, including paintings, drawings, sketchbooks, photographs, and historical documents drawn from collections across Latin America, Europe, and the US, Tarsila do Amaral: Inventing Modern Art in Brazil is a rare opportunity to explore the work of this daring modernist.