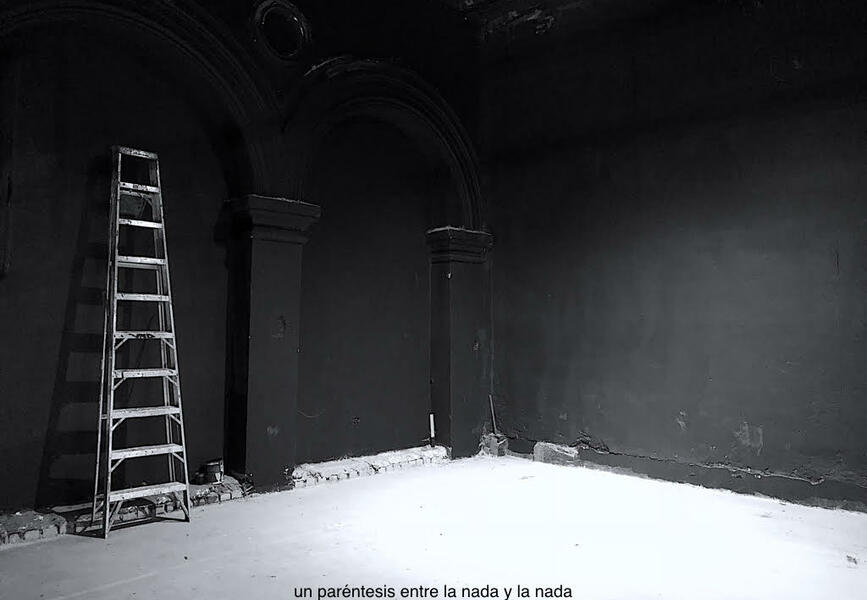 Four Acts emerges of an interest in the mechanisms that build a staging and there use to represent a specific idea of reality. In this case, Candiani has decided to concentrate on the backdrop as the element that gives opening to the representation which hides the devices that make up a work. The project focuses on the idea of revealing and hiding that embodies the backdrop and uses this to show some of the processes of historical and political concealment that have been recurrent in Latin America.

Candiani presents a work in progress that is made up of three parts: the work of preparation of the backdrops that will be open to the public; a scenario that will occur through four acts designed in collaboration with national artists; the documentation of each of the acts and the construction of an installation consisting of the four theater curtains. The exhibition will be constructed along his five-week duration and will be activated by each of the four acts and only will be completed at the end of the project.

This act refers to the processes of concealing the truth and the apathy in the deaths and disappearances policies that are still going on in Colombia in particular, and in Latin America in general.

The second act presents a fiction in which there is a mapping of Colombia from which it would be possible to articulate other mixing and blending that overlap with the "official" distribution of the territory.

In this act Luisa Ungar presents the findings of an investigation based on the education of the 19th century and the ways in which they are related to coral bleaching processes, non-verbal languages and instruction in the handling of the body.

Explores the action to appoint as a mechanism of appropriation and colonization that has served to build specific discourses, from which they are built into forms of representation that visible to some and hide others.