TO RETHINK THE FUTURE FROM THE ORIGINS

The Armory Show 2019, one of the most important fairs within the international scene of modern and contemporary art inaugurated yesterda. In tribute to the International Exhibition of Modern Art held in New York City in 1913, the Armory Show has been bringing together artists from around the world since 1994. With an eclectic program involving hundreds of galleries, the Platform section, curated by Sally Tallan cannot be overlooked. Andreas Angelidakis, Siah Armajani, Iris Häussler, Tania Candiani, Ryan Gander, Xavier Simmons, Jessica Stockholder, Pascale Marthine Tayou and Super Taus arte the artists reunited at Tallan’s curatorial project. 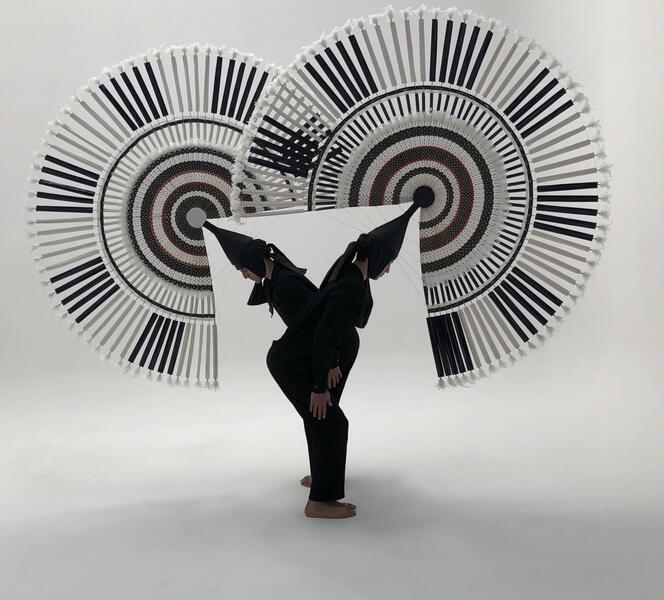 Not by chance, Sally Tallan used the slogan Worlds of Tomorrow as the section's curatorial guideline. The Armory Show 2019 takes place on the date on which the eightieth anniversary of the New York World Fair founded in 1939 with the same title, is celebrated. "At that time, faced with the uncertainty regarding global politics, the fairs looked towards a hopeful future. Today we live in darkness, "explains Tallan in order to clarify the link between the two fairs, and adds:" The borders are closing, there is a growing refugee crisis and aspects such as identity, internationalism and citizenship are in fall ".

In this context, the Mexican Tania Candiani, one of the artists - the only Latin American - participating in Platform, exhibits Pencahos (Plumes), a work she produced this year. On this occasion, Candiani develops her work based on the dance of the Quetzals, one of the few indigenous ceremonies that survived the Catholic colonization of Mexican territory. Those who participate in it honor the sun and ask the gods for good weather, abundant harvest and health. The main movement of the dance, that gives name Candiani's artwork, is when the dancers bow to each other, curving their bodies and their heads adorned with penachos.

Candiani appropriates the dance and resignifies it through three means: the video, the presentation of objects and a live performance. The movements of dance are here suppressed by an editing process with the aim of obtaining the essential features of dance, where respect and reverence are the key elements. In this way, the artist conceptualizes dance and makes a geometric abstraction of it to transform it into a universal language. In short, Penachos seeks to reinterpret the meaning of dance (originally dedicated to the future of agriculture) focusing specifically on the symbolic nature of the gestures that propose a close relationship with the curatorial premise of Sally Tallan for Platform 2019.