THE ARCO FOUNDATION AWARDS THE "A" PRIZES FOR COLLECTORS

THE ARCO FOUNDATION AWARDS THE "A" PRIZES FOR COLLECTORS 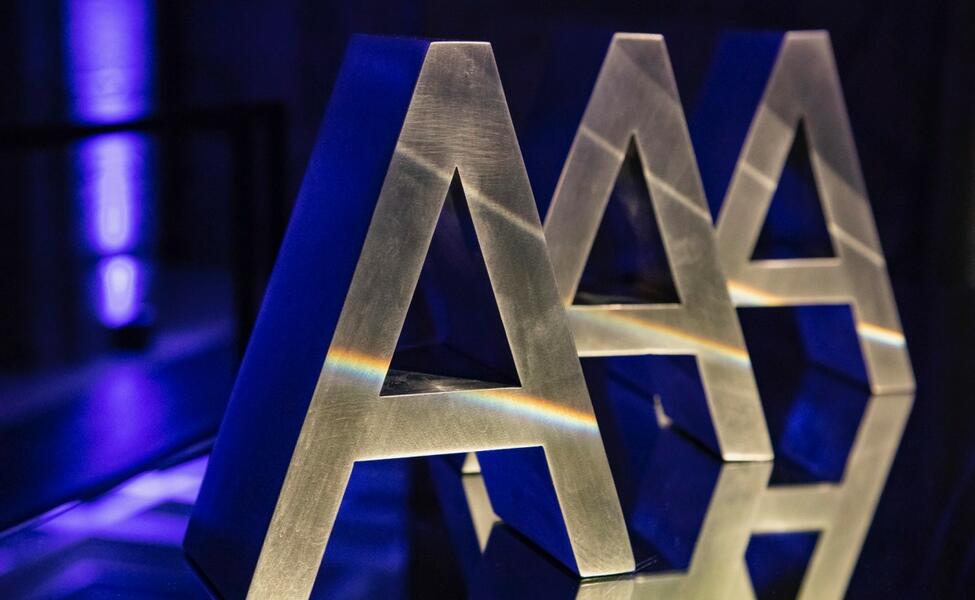 In this twenty-fourth edition, ARCO has awarded these six awards that recognize the artistic value of collectors 'and institutions' funds, as well as their work in supporting the dissemination of contemporary art.

After the awards ceremony, which will take place at the Casino de Madrid on Tuesday, February 25, a dinner will be held in which funds will be raised for the acquisition of works at ARCOmadrid 2020 for the ARCO Foundation Collection.

Daniel Levinas is an Argentine businessman and editor, founder of Prince Street Editions (Contemporary Artists Editions) and chairman of the Board of Directors of The Phillips Collection (Washington DC) since June 2016. Levinas has been living in Washington for 30 years with his wife. Mirella Levinas, born in the United States and daughter of a Chilean diplomat, with whom she has created one of the richest and most avant-garde private contemporary art collections of today, in which works by Latin American authors stand out. Daniel has also served as manager of the Smithsonian's Hirshhorn Museum and Sculpture Garden, in the US capital. He currently works for the Arlington Arts Center and the Art Basel Miami Beach fair.

The artistic exploration of these collectors is very wide, which has led them to acquire pieces from different parts of the planet. Its bases are based on knowledge, support and dissemination of various contemporary artistic creations. Works by Vik Muniz, Cildo Meireles, Andy Warhol, Matthew Barney, Olafur Eliasson and Liliana Porter are part of their collection, considered a reference for private collecting worldwide today.

Among their latest acquisitions are works by contemporary artists such as

The Foundation, established in 2006 by María Cristina Masaveu Peterson, was born with the vocation of promoting, within the tradition of patronage and sponsorship of the Masaveu family, culture and arts, protection and conservation of artistic heritage, training, and the investigation at national and international level, with special attention to Asturias, just as the founder herself carried out intensely throughout her life.

One of its main objectives is to contribute to the development of a better society through culture, education and research. To this end, among its primary purposes, the integral formation of people, especially young people, stands out, taking into account the responsibility of helping future generations to build an environment based on more fair and humane values ​​and principles. The foundation defends the arts and creation as a source of knowledge, with the conviction that the humanistic facet is an essential part of that education, and therefore, of social development.

The Foundation develops an intense cultural activity in different fields, as well as extensive patronage work, visible through its exhibitions, editorial, training and research initiatives of its own art collection and the management of the Masaveu Collection.

It is worth mentioning the spaces created by the foundation, such as the recently inaugurated headquarters in Alcalá Galiano street in Madrid and the Hevia Palace, its reference in Asturias. In addition, there are two centers under construction: the Morasverdes multi-cultural cultural center (Salamanca) - conceived as a meeting and cultural and educational exchange between youth and the natural environment - and Howe Place, at Yale University.

The Steinbruchs are part of the leading group of Latin American collectors who have positioned themselves in the international art scene in the last 15 years and are active collectors among the galleries participating in ARCO. Susana is vice president of the International Consultative Council of the São Paulo Biennial Foundation and elected patron of the Reina Sofía Museum Foundation (Madrid).

Susana and Ricardo Steinbruch have been patrons of exhibitions in the United States that have increased the visibility of artists such as Lygia Clark and Doris Salcedo. In 2017, the couple donated 27 posters of the Argentine group Serigraph Popular Workshop, produced between 2002 and 2007, to the Reina Sofia Museum.

The Otazu Foundation was created with the purpose of managing and directing an extensive program around the Kablanc collection of contemporary art and the Otazu Winery art center in Navarra.

By drawing a path that unites art, nature and society, with the premise of artistic creation as a tool for reflection, innovation, awareness and social improvement, the Otazu Foundation is a testament to the deep interest of its creators in culture at the local, national and international levels.

The program invites the appreciation of the talent of established national and international artists and the support of young creators, curators and art educators. The foundation’s activities range from the development and protection of the Kablanc collection, through educational activities and scholarship programs, to the creation of an international biennial of contemporary monumental sculpture. This institution aims to create solid links that link industry, art and nature with contemporary society.

The collection currently has more than 400 iconic works of contemporary Chilean art and 50 Latin American in various media: painting, sculpture, video art, photography, large format installations and performances, among others. The collection was, from the outset, intended to be displayed publicly. In that sense, it has been thought and worked on a representative collection of the contemporary scene, chasing iconic pieces of national heritage.

Currently working on the creation of a museum of contemporary art from the Engel Foundation's art collection, which contributes to the dissemination of artistic and cultural production in Chile and Latin America, fostering recognition of the region's diversity. The NUMU (New Museum of Santiago) is a space to explore art in all its expressions and media, where creativity and cultural, artistic, social and political diversity are welcome. Through the temporary and permanent exhibitions, as well as the entire mediation program of the museum, it will seek to build a dynamic place, open to all, of experimentation, inspiration, reflection and promotion of knowledge.

Erling Kagge is a lawyer, explorer and editor born in Norway. Founder of Kagge Forlag, his career as a collector dates back to the 1990s. Since then he has managed to gather a collection of contemporary art composed of works by more than 180 artists such as Raymond Pettibon, Franz West, Tauba Auerbach, Trisha Donnelly, Sergej Jenson, Klara Lidén and Wolfgang Tillmans.

After his time as an explorer, he began to look for challenges in the art world and began to acquire great pieces. The result is a collection that covers around 800 works that emphasizes youth anarchy, pop euphoria and post-concept artists.

Kagge says that the pieces in his collection are unrelated to each other and that when buying he is guided by his own taste. He usually acquires emerging art from artists who are beginning their career and is committed to a collection that shows his personality.

In his book A Poor Collector’s Guide to Buying Great Art, published in 2015, Kagge reflects his thinking and describes his beginnings as an art collector. The author talks about his experience as a collector by comparing it with his experience as an explorer. In his book he also collects tips on how to acquire pieces of key art and how to start collecting without the need to invest large amounts of money.