TERESA MARGOLLES AND THE ART OF RESISTING VIOLENCE

In the BPS22 Museum of Art of the Province of Henao (Belgium), the Mexican artist Teresa Margolles (Culiacán, Mexico, 1963) presents You fall in line or they put you in line, her first individual exhibition in Belgium under the curatorship of Nancy Casielles. Always working around the violence and the Mexican situation in relation to the illegal narcotics market, Margolles's exhibition in BPS22 until January 2020 takes its title from its famous Decalogue ―a Decalogue constituted by the messages left by drug traffickers after committing murder. 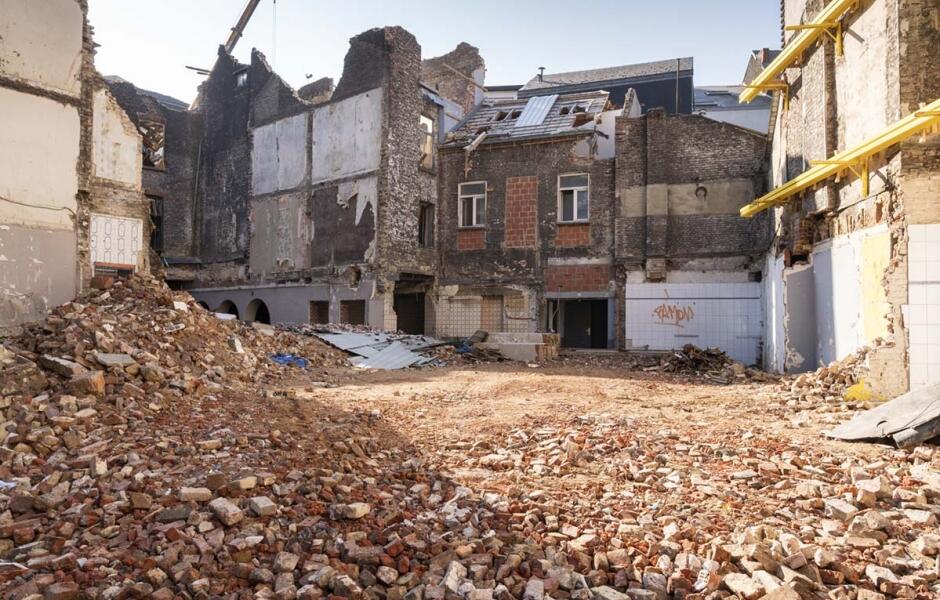 The artwork of Teresa Margolles is the crying voice of Mexico in the world. Advocating for the crisis of insecurity and violence that stalks the Latin American country decades ago, the works of this artist constantly interrupt the art scene and put the focus over violence and Mexican social reality, both product of drug trafficking. Specially designed for the occasion, the exhibition at the BPS22 presents a series of objects taken from the post-industrial area of ​​Charleroi, the most important city in the Province of Henao, and puts it in dialogue with works recently produced by Margolles.

The phrase taken from the Decalogue ― “You fall in line or they put you in line”― occupies an entire wall of the museum. Referring to the tables of the Law of the Biblical tale of The Ten Commandments, Margolles inscribes the messages of drug traffickers as an accusation to those who actually legislate in Mexico: the narcos. Likewise, it also refers to other forms of oppression such as the demands of market laws. In this way, this "commandment" of its Decalogue becomes a warning that resonates in all objects and calls for resistance.

On the other hand, and without departing from the main issues that Margolles works, You fall in line or they put you in line becomes a testimony of the physical, economic and psychological violence of which they are victims of women throughout the world. The artist has focused on the industrial remains of Chareloi and its suburbs in the process of abandonment and demolition. During his tour in the region he has established a relationship with marginalized people in these places and has taken his features and voices as a weapon against economic decline and its effects on the cities and people who inhabit. The weapon with which Teresa Margolles always shoots: language.