SYMPOSIUM OVER NEW FORMS OF KNOWLEDGE BEYOND "ABYSSAL THINKING"

At the daadgalerie a symposium between curators and artists is held on July 11th . The conversation was planned and formed by PARC and BAPhoto curator, Florencia Portocarrero, with the cooperation of KFW Stiftung and the DAAD Artists-in-Berlin programm. The speaker of it: Sharon Lerner, curator of the Museum of Art of Lima (MALI), Manuela Moscoso, chief curator of the Museo Tamayo in Mexico, the Parisian artist Louidgi Beltrame and the researcher María Iñigo Clavo, from Barcelona. 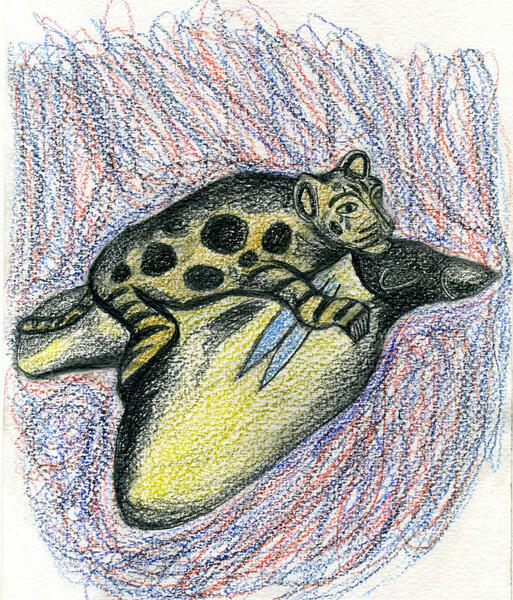 As a starting point the speakers will take Boaventura De Sousa Santos  statement made about colonization: colonization has an epistemological layer that operate as a blind spot through abyssal thinking. Abyssal thinking is a monocultural worldview that elevates modern western science and art into criteria of unique aesthetics and truth.

In order to overcome the stage of colonialism, after the wars of independence at the end of the eighteenth century, nation-states promoted miscegenation. However, the apparent ending of the political and economic dependence of empires and even the success of miscegenation did not mean that colonialism ceased to function as a form of social relationship and, therefore, as a persistent and insidious force capable of giving form to subjectivities.

On the contrary, the process of reducing indigenous peoples in modern national states involved the transformation of the diversity of their cultures, cosmologies and knowledge into the expression of an archaic form of irrationality or superstition that hampered modernization and national unity. The future, it seems, belonged to the West and its distinctive notion of progress and civilization. Today, the crisis of modern values ​​and the ecological disaster have given rise to a renewed interest in indigenous knowledge as a tool to imagine a post-capitalist future.

The members of this symposium will focus on Latin America to reflect over global concerns such as the types of dialogues and relationships that are possible between different types of knowledge within the contemporary art world. By sharing their work practices and methodologies, they will deliberate on how to challenge pre-existing institutions and epistemic hierarchies and offer possible "entanglement models" for curatorial, artistic and theoretical practice from which the trap of "abyssal thinking" will be avoided.