This is the latest title in their series 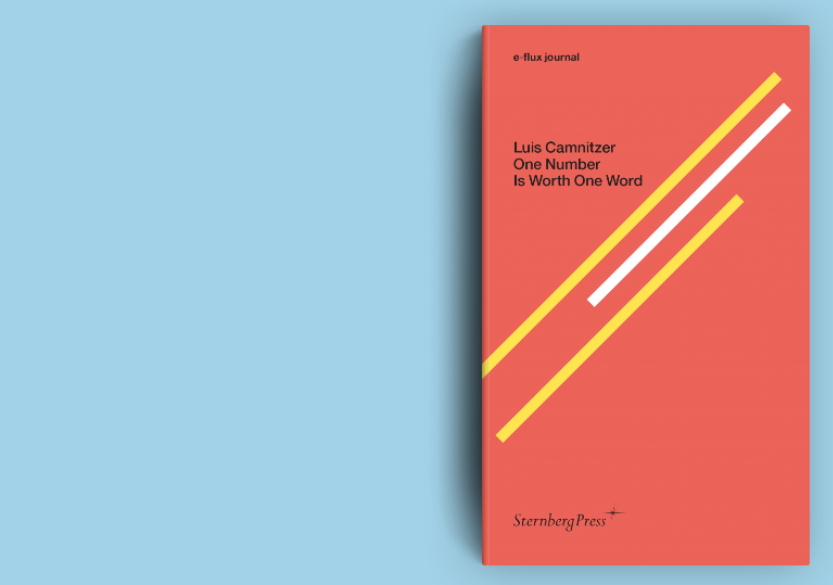 For nearly 60 years, Luis Camnitzer has been obsessing about the same things. As an art student in Uruguay in 1960, Camnitzer was part of a collective of artists, students, and educators who reformed the School of Fine Arts in Montevideo. Today, he is still an “ethical anarchist” preoccupied with the role of education in redistributing power in society. “If we keep digging,” he writes, “it becomes clear that these ideas existed way before us, will persist long after we are gone, and will do so regardless of who speaks or writes of them... The important question is whether they will ever be absorbed.”

At the vanguard of 1960s Conceptualism, Camnitzer has worked primarily in printmaking, sculpture, and installations. His humorous, biting, and often politically charged use of language as an art medium has distinguished his practice, influencing generations of socially engaged artists. Though based in New York since 1964, his practice remains intrinsically connected to Uruguay and Latin America, and he represented Uruguay in the 43rd Venice Biennale in 1988. As well as many solo exhibitions, his work was featured in biennials including the Bienal de la Habana, Cuba; Whitney Biennial, New York; and documenta 11, Kassel. His work is in the permanent collections of the Museum of Modern Art, the Metropolitan Museum of Art, and the Whitney Museum of American Art, New York; the Tate, London; the Museo Nacional de Artes Visuales, Montevideo; and the Museo de Arte Latino Americano de Buenos Aires, among others.

Edited by Ben Eastham, One Number Is Worth One Word spans over half a century of the artist’s radical engagement with art education and its institutions, and includes many texts published for the first time. This is a singularly authoritative, antiauthoritarian gathering of a life’s work in art, education, and activism. With mischievous wit and wisdom, Camnitzer’s writings summon an inherent utopianism in egalitarian, participatory models of art education to identify how meaning is made.

READ MORE: LUIS CAMNITZER AT THE REINA SOFÍA NATIONAL MUSEUM OF THE ARTS