Rolf Art announces the new individual exhibition of the Argentine artist Francisco Medail, titled "Photographs 1930 - 1943". With the curatorship of Veronica Tell, the exhibition can be visited from Wednesday August 1 to September 29, 2017. 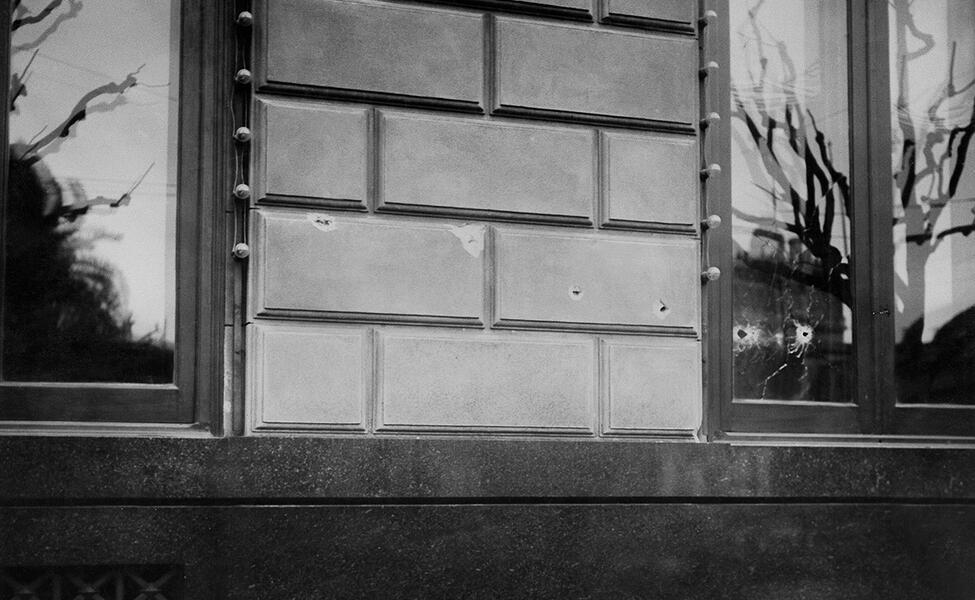 Francisco Medail's 1930 - 1943 photographs (Entre Ríos, 1991), propose a hypothesis about the visual regimes that operated in the past in Argentine photography. Medail wonders about the ways in which historical accounts are constructed and what gazes crystallize against others, at a given time and place. After three years of research, the artist presents a corpus of more than fifty images that call our attention to their formal resolution and content: an essay on the so-called Infamous Decade, a dark stage that begins with the first civic-military coup of the 20th century in the country and marks the return of the conservatives to power.

This photographic project that starts from the work of archiving and the appropriation, through a process of research, editing and resignification of documentary material, is solved in a critical visual essay, which discovers a forgotten historiography, unveiling an aesthetic from a time which is foreign to him.

The work of Francisco Medail can be understood as a web of questions about photography, about its possibilities as an unstable place of production of meaning and about its expansions in mediatic life. Medail does not take pictures. The central operation that runs through his work is to design new assemblies and locations for a universe of existing images, exploring the setbacks and edges of their circulation. In this way he inquires into the precariousness of his archiving, the fragility of his history and his destiny. These are images that inhabit one space-another, summoned according to systematic criteria either in the formal plane or in the discursive plane.

Francisco Medail studied in workshops and seminars with Gabriel Valansi, Eduardo Gil, Pablo Siquier and others. In 2016 he was awarded the Fellowship for the Creation of the National Fund for the Arts. His work has been selected for numerous awards, among them the Paul Huf Award (Selection, 2016), PHMuseum New Generation Prize (Honorable Mention, 2016), AMMEC Award Contemporary Photography (Selection, 2014 and 2016), Curriculum Zero (Ruth Benzacar, 2011). Since 2015 he has been artistic director of Buenos Aires Photo, an art fair specializing in photography. His work is part of public museums and private collections.