On Thursday, March 14, Microferia de Rosario third edition began. Supported by the new commitment of the municipality to consolidate the artistic circuit of Rosario, the objective is to give back to the city a position historically gained: to be recognized as a cultural plant producer. Birthplace of Adrián Villar Rojas, Antonio Berni, Graciela Sacco and Mariana Telleria –artist that will represent Argentina in this year Venice Biennale edition-, Rosario has hosts museums of contemporary art, experimentation centers, fine arts universities and other public institutions that function as a development platform for artists from different disciplines. However, the emergence in recent years of new art galleries and promotional projects for artists made it necessary for a key agent in the contemporary artistic ecosystem to emerge: the art fair. 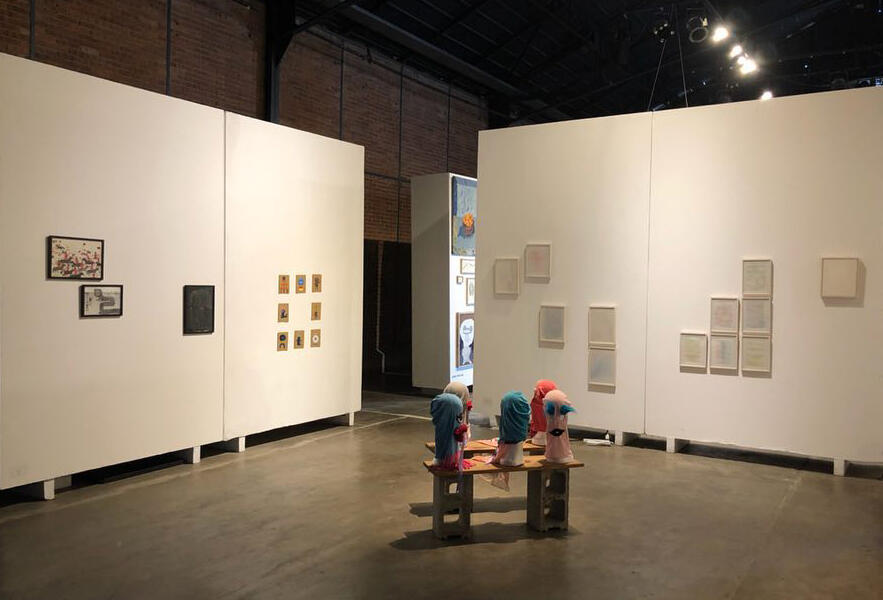 It is surprising that it is the State the one who developed and carried out the initiative. Located in the Contemporary Experimentation Center- a large warehouse with a direct view of the Paraná River - the micro-fair third edition betted on the sustained promotion of local contemporary art in dialogue with the artistic production of other cities. With a similar management model to Cordoba’s Art Market fair, the municipal event aimed not only to promote Rosario’s scene with collectors and agents from other regions of Argentina, but also to broaden the interest on contemporary art within local public, encouraging the acquisition of artistic pieces to potential collectors.

Regarding these, art market was the central theme in the auditorium programming, one of the strongest points of the fair in charge of the Argentinian curator Nancy Rojas. Artists, collectors, gallerists and historians from different cities participated, in a long discussion about the roles the art market, collecting play whitin Argentinian scene. Another strong point was the galleries and museums tour made by GIRO – Rosario Gallery Circuit. Through this initiative, the invited public could get to know in depth the different spaces and artistic proposals that the city offers daily, among them the Julio Marc Provincial Historical Museum, which since the management of the current director Pablo Montini has been developing a program of dialogues between contemporary art and the historical pieces of the museum.

A total of thirteen galleries participated in this edition, including galleries in cities such as Rafaela, La Plata, Córdoba, San Nicolás and Buenos Aires. In addition, it had institutional spaces dedicated to tributes, screenings and art publishing. While it is true that the layout of the plant and the use of spaces could be enhanced even better, there were several gallerists who showed improvements in lighting and production compared to previous years. An element to be highlighted was the presence of the Undersecretary of Cultural and Creative Industries Clarisa Appendino throughout the fair to provide a satisfactory experience to each of the galleries.

As for sales, it is worth mentioning the acquisition of a work by the Rozarte collective (Gabelich Contemporary Gallery) that the Municipality of Rosario made for the collection of the Castagnino Macro Museum.

In a country like Argentina, where 90% of cultural activity takes place in the Federal Capital, initiatives such as the Microferia de Rosario are extremely important to expand artistic interest at the federal level and provide new possibilities for artists. Contemporary art thought as a creative industry that adds value and generates employment is a public policy that the Municipality of Rosario has decided to carry out and hopefully will soon be replicated by other cities