ROBERTO HUARCAYA AT THE ART MUSEUM OF THE AMERICAS

The Art Museum of the Americas (OAS AMA) and the Permanent Mission of Peru to the OAS present Amazogramas an individual exhibition by the Peruvian photographer Roberto Huarcaya. Under the curatorship of Alejandro Castellote, large-scale works exhibition of Huarcaya opens on November 15th and will remain in the museum until January 27th. 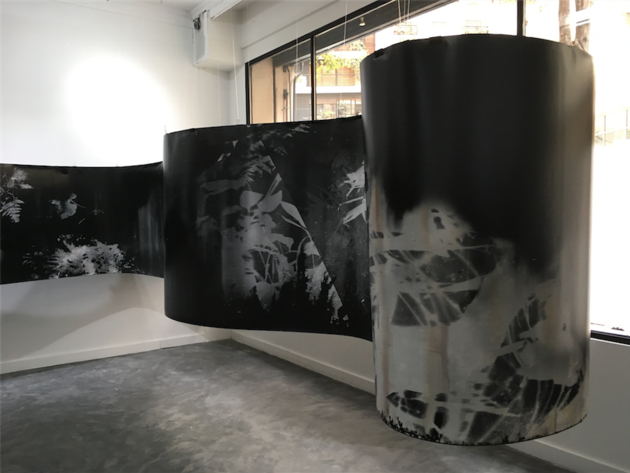 Huarcaya's work stems from a search that the artist began more than two years ago in the Bahuaha Sonene Amazon Reserve. Throughout his first year in the reserve, the inability to represent such a landscape and the multiplicity of meanings within it, led him to return from the Peruvian jungle with empty hands. However, the ambition took Huarcaya to visit the reserve permanently.

In this way, the artist started discarding the most usual forms (digital cameras, plate cameras, etc.) until reaching the most primitive practice of the photographic process: the photogram. Thus, through the acquisition of sensitive paper rolls, Huarcaya entered the Peruvian jungle in the light of the moon to register the identity of the Amazon. In short, the artist adopted a position of mediator, allowing the landscape to represent itself.

Once the movements of the foliage, insects and animals were recorded, the frames were revealed with the Amazon river water, a few meters from where the works were produced. Amazogramas is then constituted as a self-representation of a territory in danger of extinction where Huarcaya only extends the medium leaving it at the jungle disposal to express itself.

If you want to know more about Amazogramas artwork, read the interview we did to Roberto Huarcaya in June as part of his solo exhibition at Rolf Art (Buenos Aires).