Recursiva, an individual exhibition by Argentine artist Carlos Huffman. The exhibition opens tomorrow in the Constitution space and will be until August 24. 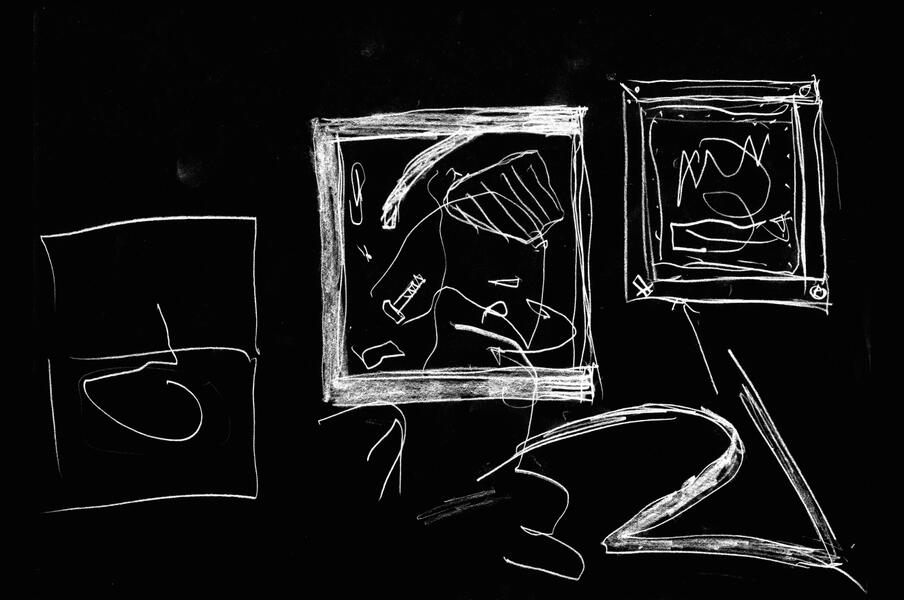 “At the intersection of Constitución and Pasco we find an underground anticyclone. A handful of people who with their stories are empowered in this meet point where two streets meet as the polarities of an eternal fuel. The open empty set that barely flies, standard of celebration of the continuous movement that is living: Recursive. Sample of drawings of drawing, about the artist, the medium, the person, the macro, the micro and the intermediate. Against the look he believes he knows and whose structures blind him. Succession of torsions of the supposed. To be invaded by the world and desire condensed”.

His work revolves by the spirit of post-structuralist surrealism, through paintings, sculptures, drawings and texts seeks to investigate the mechanisms of fiction as a window and chisel of the real.

Huffmann, (1980), today director of the Art Department of the UTDT, obtained a Master's Degree from the California Institute of the Arts (CalArts) in 2005 and graduated with a Bachelor's Degree in Business Economics from Di Tella in 2001.