PROTOTYPING AND REOPENING THE MUSEUM: EPHEMERAL ARCHITECTURE IN LISBON

The Museum of Art, Architecture and Technology (maat) inaugurated on June 10 a new season under its new director Beatrice Leanza with a museum-wide architecture intervention commissioned to the New York based studio SO – IL of Florian Idenburg and Jing Liu. 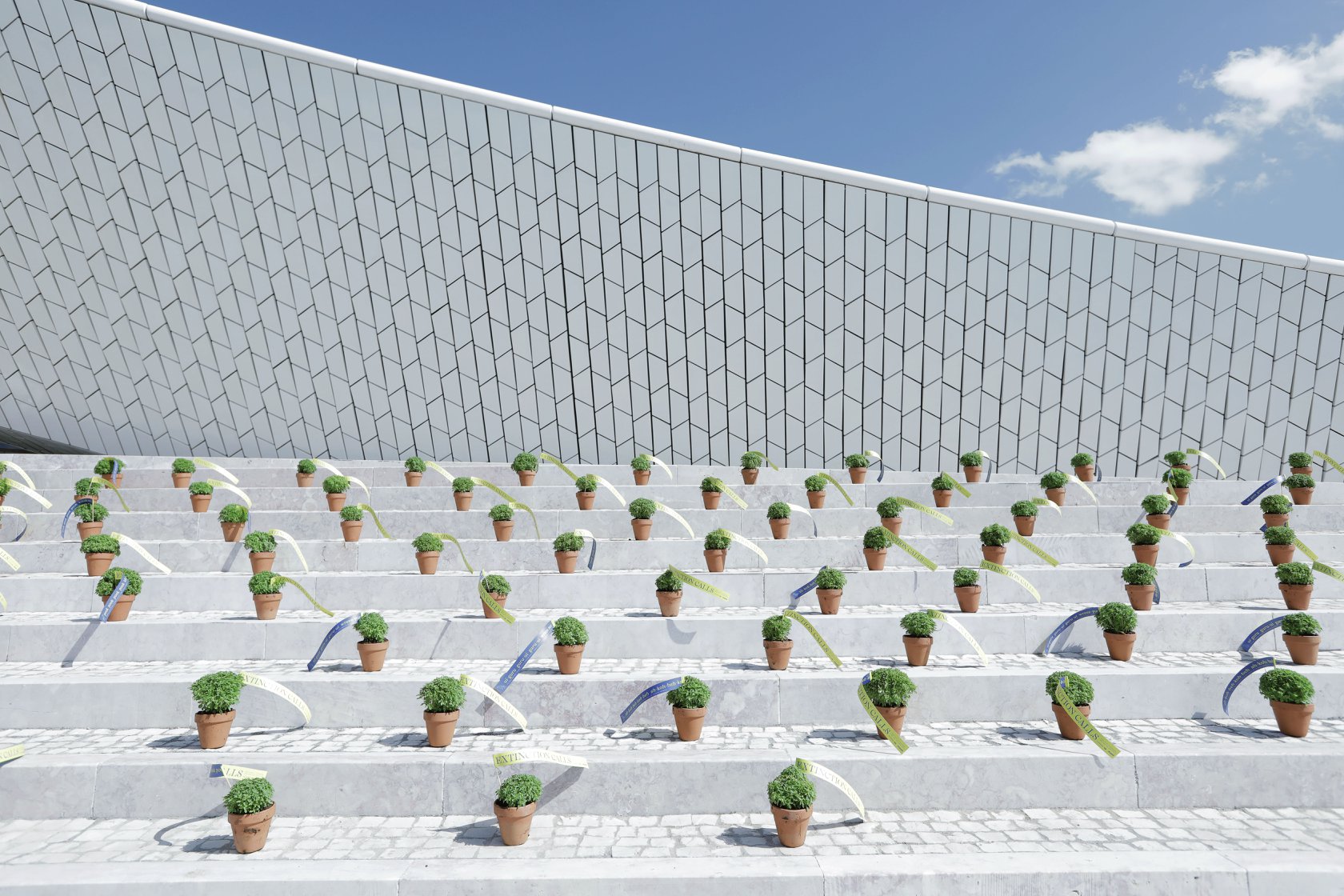 Titled Beeline, this large scale ephemeral work transforms the Amanda Levete-designed building into a landscape of encounters and conversations by taking audiences through elevated pathways, stage areas and workshop zones, by dissecting the space both in plan and section and connecting the original entrance from the quayside directly with a new access point facing the city. “This not only transforms the way visitors enter and experience maat, but also challenges the implied hierarchies of spaces in a traditional museum and provide flexibility for an ever-evolving organization,” states Florian Idenburg.

Beeline was designed to host maat Mode, a six-month long experimental participatory public programme of various events initiated by maat’s new director. It is presented as an open-ended exercise in interrogating the role of cultural institutions in society and prototyping the future museum. Co-developed with a variety of international and locally based practitioners, cultural and educational institutions as well as community groups, maat Mode embodies a “transformative gesture that repurposes the museum into a polyfunctional civic arena where public life is debated, probed, challenged and possibly inspired towards a more inclusive and equitable making of the future” says Leanza.

Its topics and ways of public engagement are both tests and a prelude to future programming. Research areas include climate action with a specific focus on the seas and marine culture, like Architecture Follows Fish, a project curated by Andre Tavares with Garagem Sul, Liquid Infrastructure organised by Margarida Mendes with the Centre for Research Architecture at Goldsmiths University and Disturbing Conservation: Remapping the Avencas (Marine Protected Areas) run by curators Dani Admiss and Gillian Russell. Screenings, talks and “schools” discuss and explore the politics of sustainability, alternative urbanism and social freedom resonating across and beyond the Portuguese context, such as “Journeys to the In-between,” a series of performative city explorations curated by the collective Arteria; “Essa palavra presa na garganta [That word stuck in my throat],” a screening program curated by Ines Grosso with more than a dozen of today’s most renowned Brazilian artists around freedom as a universal right; and the collaborative research “Counter Architecture” organized by efabula centring on the role of the citizen in the design of polices and resulting in the drafting of a green paper for the city of Lisbon, among many others.

On view in the museum is also the exhibition Currents – Temporary Architectures by SO – IL displaying 12 projects the studio formulated over the past decade organized in six thematic pairs that bring to the fore subjects the studio explores in its temporary and built work. The exhibition includes 1:1 mock-ups, ephemera, models, books, graphic design by Studio Geoff Han, texts by Beatrice Galilee and video contributions by past commissioners such as Anne Surak, Berry Bergdol, Eva Franch I Gilabert and Mark Lee among others.

Across the entire museum, the commissioned installation Extinction Calls by the artist Cláudia Martinho is an acoustic spatialization project designed to offer a diversity of listening experiences that comprises the songs of extinct and critically endangered bird species collected from online archival platforms such as the Macaulay Library of the Cornell Lab of Ornithology. “From a sonic activism that highlights the global ecological crisis, to close interspecies vibratory encounters, this soundscape calls for a shift in the way we relate to our environment, towards an ecological intimacy with the other than human” says the artist.

Launched in October 2016 as part of EDP Foundation’s long-lasting commitment to cultural patronage, the Museum of Art, Architecture and Technology (maat) is an international institution dedicated to fostering critical discourse and creative practice that inspire new understandings of the historical present and an empowering engagement with the common future.