PINTA MIAMI: AN ART FAIR THAT FINDS ITS PLACE

During Miami Art Week some of the most important fairs of the modern and contemporary art international scene were celebrated. This is the case of PINTA Miami, the fair committed to the support and visibility of Latin American art within the international focus. With a phenomenal growth during its fifth edition at the Mana Wynwood Convention Center, the results of PINTA Miami 2018 are the projection of its increasingly reputation in the international circuit. 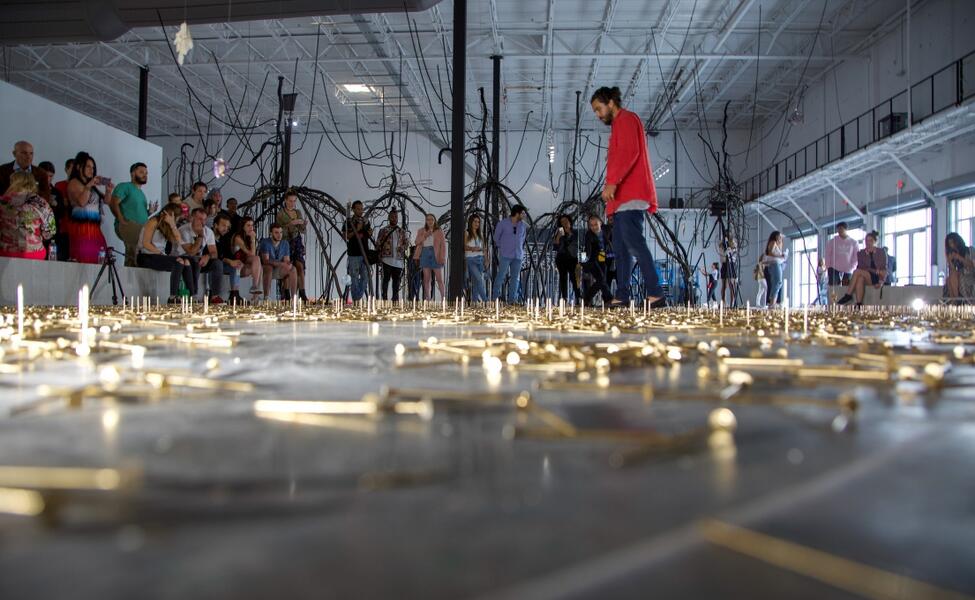 The fair took place between December 5th and 9th within the framework of Miami Art Week, days in which all the market and artistic production eyes are placed on the Caribbean city. Other fairs such as Art Basel Miami Beach, Context and Untitled were also held these days.

As explained by members of PINTA, the visitors increase in relation to last year fairs has been a very positive news for the organizers: in 2017 nearly thirty-two thousand people entered the fair, this year the number reached forty-two thousand. These numbers do not only represent the growth and positioning of PINTA Miami as an influence fair, but also highlights the importance of modern and contemporary Latin American art within an increasingly global and decentralized scene.

With a complete program with a series of lectures and presentations in an auditorium full of visitors, installations and a tribute to the renowned director and founder of Art Nexus, Celia Birbragher, and the exhibition of more than three hundred works represented by eighty-three galleries of fourteen countries across the world, some important figures of art-collecting as Tiki Atencio Demirdjian, Ella Fontanals-Cisneros, Tanya Brillembourg, Pilar Ladó, Juan Carlos Maldonado, Jorge Peres and Anton Apostolatos, among others, circulated through the fair corridors. In addition, representatives from the acquisition committees of some of the most important art institutions such as the Tate Modern (London, UK), the Museum del Barrio, the Guggenheim Museum (both from New York, USA) and MALI (Lima, Peru) were also present.

Founded in 2007 under the commitment of giving visibility to Latin American art and its emergent as well as established artists, the fifth edition of PINTA Miami (twelfth if we consider its origins in New York city) closes its doors with very positive results confirming the weight of its presence in the circuit of international art fairs.