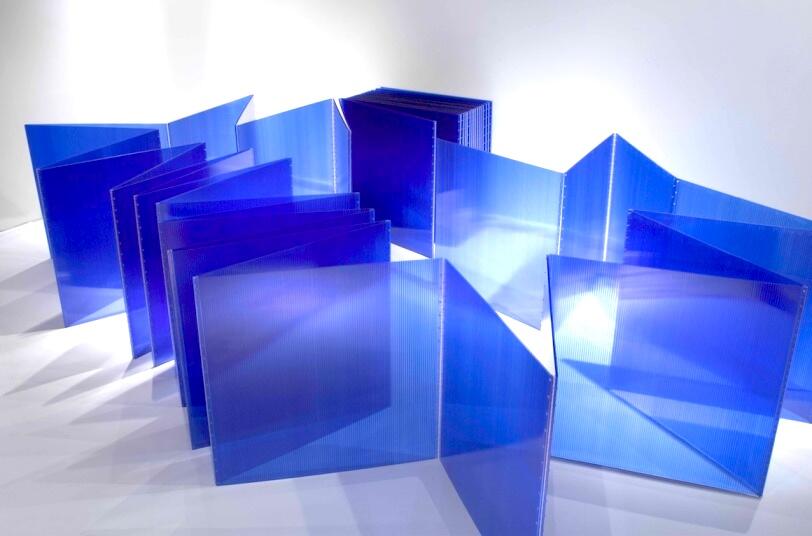 By providing an overview of post-1990s abstraction from various geographies in Latin America, the exhibition examines how abstraction is employed in contemporary Latin American art to convey specific emotions, stories, and ideas stemming from the cultural and political zeitgeist, while addressing the multitude of ways in which artwork lacking figuration or recognizable characters can generate new narratives, insightful commentary, and even political change.

“Stories of Abstraction seeks to uncover how Latin American artists have used abstraction as both a vehicle to explore key issues relating to society and a tool to recast sometimes radical civic discourse,” said Gilbert Vicario, the Museum’s Deputy Director for Curatorial Affairs and the Selig Family Chief Curator who curated the exhibition. “The title of the exhibition intends to make clear that there are complex narratives within these abstract works that connect Latin America to the rest of the world. Abstraction in Latin America didn’t develop independently; rather its genesis is inextricably tied to the region’s history of colonialism, a relationship that is visually evident through formal and conceptual frameworks. This exhibition also furthers the Museum’s dedication to preserving and presenting significant works by Latin American artists, as well as its commitment to developing original scholarship that examines the meaning and underpinnings of abstract Latin American art. As our Phoenix community is more than 40% Latinx, Stories of Abstraction offers a timely examination of the visual language of Latin American abstraction that we believe our visitors can relate to and find inspiring and exciting.”

The exhibition, which celebrates a 2018 gift to Phoenix Art Museum of 112 contemporary Latin American artworks, including paintings, sculptures, installations, and works on paper, from Nicholas Pardon, co-founder of the former SPACE Collection, makes accessible a wide range of compelling artwork from Venezuela, Mexico, Peru, Argentina, Colombia, Brazil, Honduras, and Guatemala by 25 of the most innovative artists working in Latin America in recent years and today, including seven women artists, thus opening a window onto how abstraction is used to visualize the social philosophies of the present.

Artworks by contemporary U.S. artists working in abstraction, including those based in Phoenix, further expand the conversation around abstraction to illuminate how these tendencies continue to develop and unfold in a global context. Locally based artists featured in Stories of Abstraction include Argentine sculptor and light and fire artist Geny Dignac, abstract and conceptual artist Matt Magee, photographer and performance artist Liz Cohen, and internationally renowned artist and sculptor Rotraut Klein-Moquay.

“By including works by Phoenix-based artists, Stories of Abstraction helps audiences trace the evolution of abstraction to the present day and illuminate its importance as a visual language that is currently being employed within our local art community through various media,” Vicario said. “Each artist uses abstraction in surprisingly different ways to elicit emotional and spiritual transcendence toward singular ends.”