This afternoon at the Museum of Latin American Art of Buenos Aires (MALBA) auditorium, under the exhibition curator Jimena Ferreiro’s and Rafael Cippolini’s tutelage inaugurates Pablo Suárez. Narciso Plebeyo. Constituted as a huge retrospective of the South American artist Pablo Suárez (Buenos Aires, 1937-2006), the exhibition will be exhibited in the museum until February 18th. 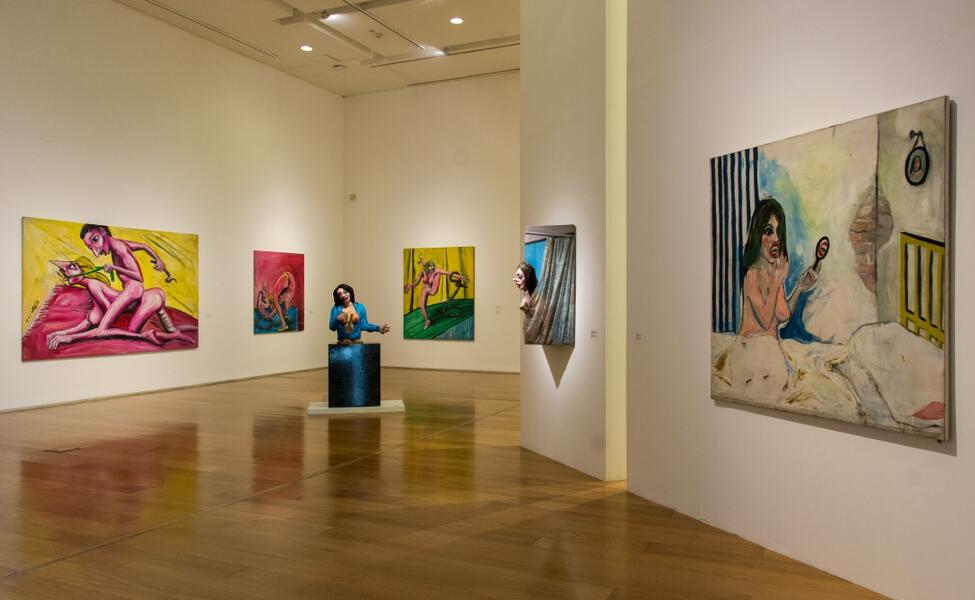 Remembered as an inescapable figure within the Argentine scene, the exhibition dedicated to Pablo Suárez seeks to recognize the image of a fundamental artist for local art from the 60s until the 2000. With a total of one hundred artworks -from paintings to objects and sculptures - and unpublished research files built from the curator’s research, Pablo Suárez. Narciso Plebeyo thinks on Suárez role within the artistic and cultural tradition of Argentina.

"The plebeian luxury of his images contrasts with his almost nonexistent life material. The nomadism characterized his life, the cult of the little, that it is amazing if we think about the industriousness that them works, in the spatial requirements of the later sets, and especially in the own myth which tells us about a young man from an accommodated class, later declassed, rude, boxer, seducer, hero of the vanguard and later repented", writes Jimena Ferreiro in the research of the same name, and adds: "Through the strongly narrative and persuasive component. Pablo Suárez solved the image dilemma, provoking in the spectator emotion and criticism at the same time ".

Collecting works from diverse collections - National Museum of Fine Arts of Buenos Aires, Museum of Modern Art of Buenos Aires, Museum of Plastic Arts Eduardo Sívori, Museum of Contemporary Art of Rosario and the Klemm Foundation, among others - the exhibition that opens this afternoon at MALBA it’s a unique opportunity to take a comprehensive look at Suárez work and his genuine mythology. And not only that, but it is also a representation of a whole generation of artists from the Latin American country. In relation to this, Rafael Cippolini said: "I think it’s impossible to understand the 90s without Pablo Suarez."