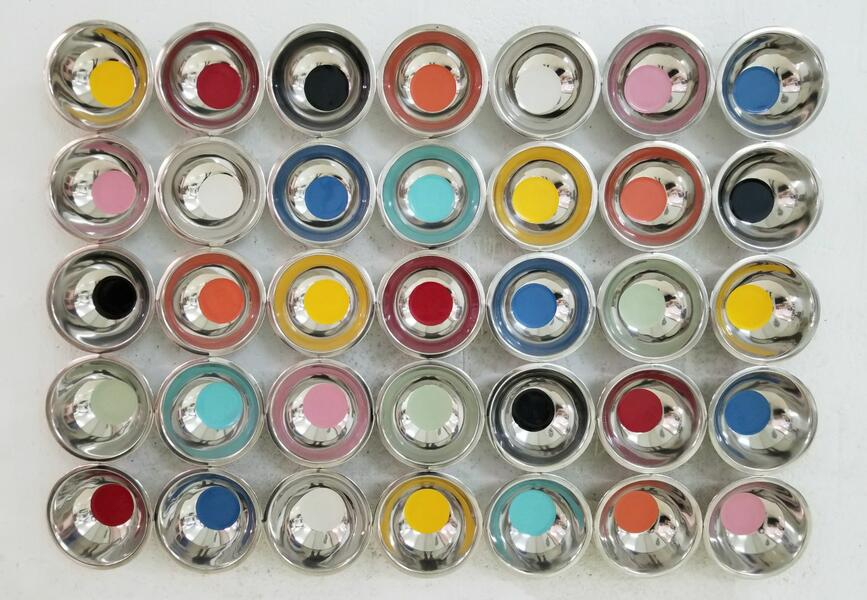 Rangel began his exhibition career from his second decade of life, participating since then in collective exhibitions in Germany, Canada, Colombia, the United States and Venezuela, as well as in museum institutions in Venezuela. Likewise, his work has received outstanding awards inside and outside the country.

In reference to his most recent visual investigations, the artist writes: "We continually see visual codes in objects of mass consumption that surround us. In them there are lines and forms created by standardized mega industries and anonymous designers that define the aesthetic that we live in our time and environment. We identify with these utilitarian objects since they belong to our day to day. When changing their position or using formal resources such as repetition, the lines and codes that contain these tools are dissected. By eliminating the functionality of the object, its meaning becomes symbolic, internal and poetic, among other things, showing visual questions that can generate these pre-established lines of a language that surrounds us perennially and that is mutating interacting with an object / consumer in a standardized and fetishized relational space ".

The inauguration of Rafael Rangel's Recent Objects exhibition will take place on Thursday, March 1st, at 7 o'clock in the evening. Imago, art in action is located at 165 Majorca Av, Coral Gables, 33134, and the opening hours are Monday through Friday from 10:00 am to 6:00 pm, and Saturdays from 11:00 am to 2:00 pm