From October 17th to January 13th, the Palays de Tokyo (Paris) is transformed into an exclusive museum Tomás Saraceno artwork. As part of the Carte Blanche program -started in 2013 with Phillipe Parreno intervention-, the Parisian exhibition center invited the Argentine artist to occupy it's 13,000 m² with his most recent and extensive work: On Air, project that aims to establish an alternative relationship with the planet. 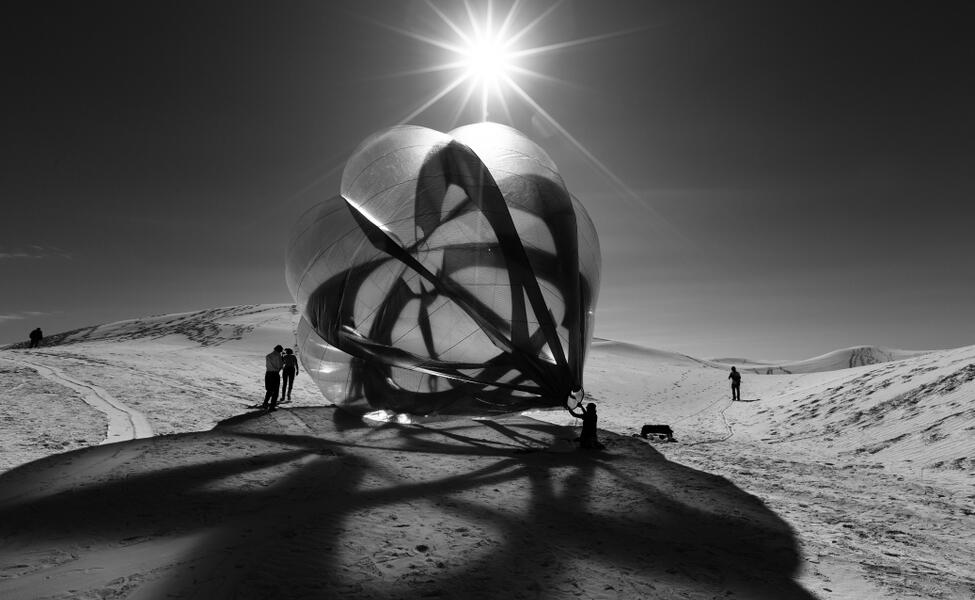 As much from the architecture as from the production of knowledge, the project - still in course - that Saraceno presents in the Palays of Tokyo dialogues with the ecological conscience from the definition of the Anthropocene - current period of the planet, according to the scientists -. Using cosmic elements, such as star dust, with other earthly elements, the artist constructs a great system that is interpreted more sensually or corporately than rationally. Thus, On Air, appears as a great network of connections that invite us to create poetic and sui generis ways of inhabiting the world.

Regarding this new urbanity proposed by Saraceno, Rebecca Lamarche-Vadel, curator of the exhibition, explained: "The exhibition proposes a space and time that reveals the strength of the presences floating in the air and the way they interact with us: from CO2 to cosmic dust, from radio infrastructures to reimagined corridors of mobility".

Likewise, the production of the Argentine artist and architect on On Air is an extension (coherent) of his Aerocene project, an extraordinary project that seeks to incorporate a professional ethics in relation to exploration and atmospheric and spatial habitation. As in all its works, On Air is made possible thanks to the cooperation of a dozen specialists in all branches of knowledge: philosophers, scientists, musicians, activists and local communities. That is also the sample, adds Lamarche-Vadel, of a "cosmic jam session", both of knowledge and of sensations.