OLAFUR ELIASSON AT THE GUGGENHEIM BILBAO

OLAFUR ELIASSON AT THE GUGGENHEIM BILBAO

The Guggenheim Museum Bilbao will present, between February 14 and June 21 2020, and in collaboration with the Tate Modern, the exhibition Olafur Eliasson: in real life, a journey through the trajectory of Olafur Eliasson (1967), one of The most prominent artists of our time. 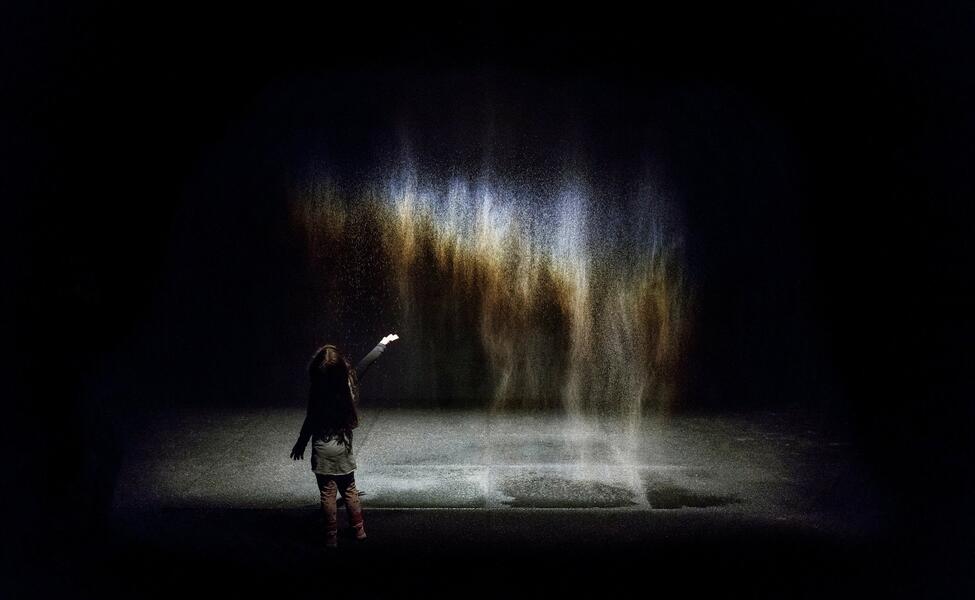 Through thirty works created between 1990 and 2020 - which include sculptures, photographs, paintings and installations -, the exhibition, curated by Mark Godfrey (Senior Curator, International Art, Tate Modern) and Lucía Agirre (Guggenheim Museum Bilbao), questions the way in which we perceive our environment and develop in it, making us reflect on pressing aspects of today. Eliasson's art derives from his interest in perception, movement, sensory experience and feelings of his own self. The central elements of his artistic work are his concern for nature, derived from the time he spent in Iceland; his exploration of geometry; and his constant investigation of the way we perceive, feel and shape the world around us. His practice goes beyond the mere creation of works of art and exhibitions to include public interventions and architectural projects. Eliasson's studio, based in Berlin, brings together a varied team of skilled craftsmen, architects, researchers, cooks, art historians and technicians from different specialties. It is a place not only for artistic creation, but also for meeting and dialogue with cultural professionals, policy makers and scientists. Convinced that art can exert considerable influence on the world outside museums, Eliasson has created solar lamps for communities without access to the electricity supply network, has designed art workshops for asylum seekers and refugees, has conceived artistic installations to raise awareness about climate change and, in September 2019, he was appointed Goodwill Ambassador of the United Nations Development Program (UNDP). In the words of the artist himself: «Art is not the object, but what the object does to the world».

As for the exhibition, it will have an exterior part and an interior part, dispersed in 8 of the museum’s rooms. Outside the museum, a waterfall of more than eleven meters high, made with a scaffold and a series of pumps, pours its waters into the pond behind the Museum, reproducing the same sounds and the appearance of a waterfall in the middle of nature . This work shows us the artist’s characteristic fusion of nature and technology, exposing the mechanism that underlies the work and thus calling the attention of visitors to the "built nature" in an urban environment. This piece constitutes a continuation of the Waterfall series, previously presented in cities such as Sydney (1998), New York (2008), São Paulo (2011) and Versailles (2016).