The Institut Valencià d’Art Modern (IVAM) has appointed Enguita as the institution’s new director after an international selection process. 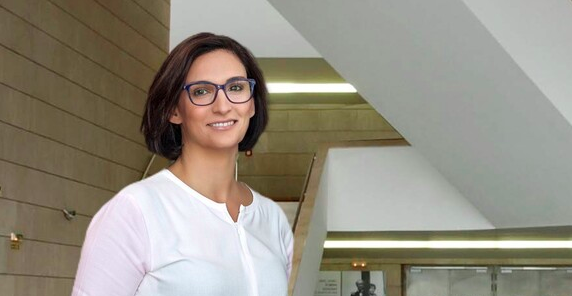 Enguita has been brought on board to conduct a major internationalization project at the institution whose core will focus in a detailed work on the museum collections, the importance of research and participation along with an enhancement on the public-private collaboration and the educational activities undertaken by the Valencian institution.

All this within the context of a pandemic that, according to the new director, should be used to rethink the museum’s mission “In this context, I think the IVAM, as an institution, must strengthen its relationship with society. We must make it more porous, to let the knowledge held outside enter inside and vice versa. We must work more than ever with face-to-face and virtual programmes, on projects that allow direct access to different audiences, but also develop other relationships with a plurality of references. Because the weight of a cultural institution such as this one also has to do with what it represents, means and can evoke.”

The project ahead for Nuria Enguita

The main objectives for the new director at the IVAM include establishing the museum within the global context and increasing collaboration with international institutions, as well as consolidating the centre as one of the most important amongst its peers.

For the exhibition programme, Enguita seeks to continue on giving prominence to the IVAM’s collection (one of the most important in Spain in terms of the avant-garde) including large historical exhibitions along with others on lesser known artists with a focus on works created by women and other groups not usually present in museum institutions.

Nuria Enguita (Madrid, 1967) holds a degree in History and Art Theory from the Autonomous University of Madrid. Her professional experience has focused on the live work undertaken in various modern and contemporary art institutions relating to their works and collections and the social contexts in which they are generated.

She has extensive experience in the organisation and management of cultural institutions: She was the curator at the IVAM - Institut Valencià d’Art Modern (1991-1998), artistic director of the Antoni Tàpies Foundation in Barcelona (1998-2008), and launched and directed the Bombas Gens Centre d’Art in València (2015-2020). She has also worked as a member of the teams responsible for major events on the international art scene, including the 31st Biennial in São Paulo, MDE11 in Medellin and Manifesta 4 in Frankfurt. She has also worked as a curator in various national and international institutions, including the Reina Sofía Museum (Madrid), the Serralves Museum (Porto) and the MACBA (Barcelona).