MODEL OF ART AND LIFE CARLOS CRUZ-DIEZ PASSED AWAY

On Saturday, July 27, at his home in Paris (France), the Venezuelan artist Carlos Cruz-Diez (Caracas, Venezuela, 1923) died. Emblematic figure of Latin American contemporary art and one of the most prominent drivers of kinetic art in the Venezuelan and international scene, Cruz-Diez leaves an invaluable legacy to art history. 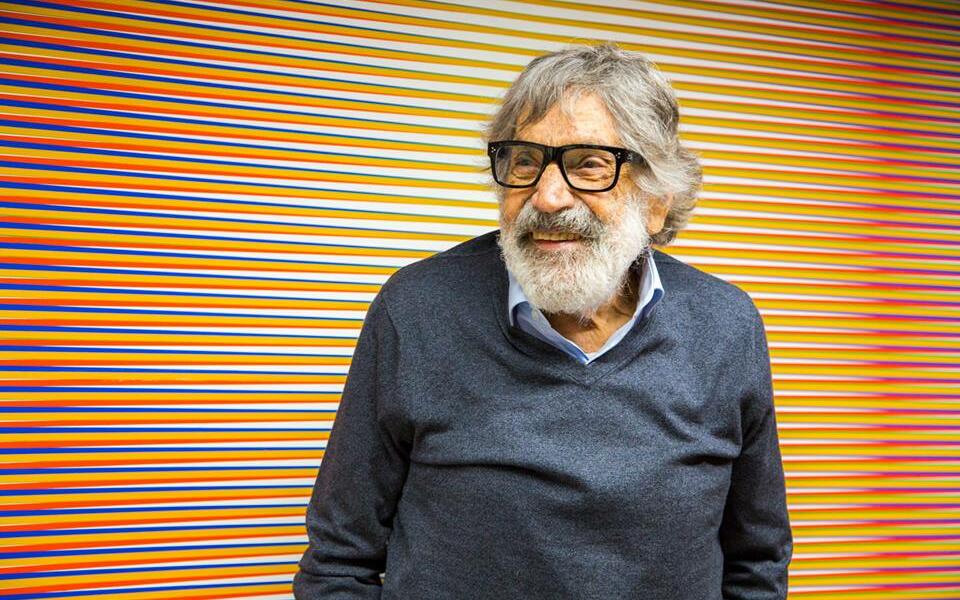 Announced on the website of the Carlos Cruz-Diez Foundation, the children of the Venezuelan artist expressed their pain and gratitude: "Your love, your joy, your teachings and your colors will accompany us forever." Thus, for his philanthropy, but also for his work, Cruz-Diez will always be remembered in the urban landscapes of his native Venezuela and in the streets and museums around the world.

Among the most outstanding pieces that the artist left stand out Chromointerference additive color setting, a kind of chromatic runway of reds, blues, blacks and yellows, located in the Simón Bolívar international airport; his intervention at the Center for Social Action for Music in Caracas –Chromatic setting-, where color invades the theater space; and its Cromovela, in the Panama Coastal Belt.

Cruz-Diez found in the color a fascination that accompanied him until his death. He was formed at the School of Plastic and Applied Arts, in Caracas, where he studied with artists such as Luis Alfredo López Méndez, Marcos Castillo and Juan Vicente Fabbiani. Over the years its autonomous conception of color in space, a continuous color that does not require forms that support or contain, has become a fundamental chromatic theory for the Venezuelan and Spanish-American kinetic current, of which artists such as Alejandro Otero Jesús Soto were part.

In 2010, Pinta Londres art fair paid tribute to Cruz-Diez which, in 2011, was summoned by Eduardo Costantini to present the Carlos Cruz-Diez exhibition: Color in space and time at the Museum of Latin American Art (MALBA). "We will always remember him for being the color artist, but especially for his love and generosity in the Latin American art world," said Diego Costa Peuser, director of Arte Al Día and the art faris PArC, Pinta Miami and Baphoto.

A tireless worker, the Venezuelan artist dedicated his 95 years to optical and kinetic art, to the investigation of color and the way of relating urban sites with chromatic palettes. At present his works reside in the collections of MoMA (New York), the Tate Modern (London), the Center Pompidou (Paris) and the Museum of Fine Arts in Houston, among others. In addition, together with his children, he has created and managed the Cruz-Diez Art Foundation, located in Paris, and Articruz Panama - center of support and advice for contemporary artists - both institutions under his own relationship with art: "For me, art and life has been one thing. Art is for people. I try to make art participatory, inventive and innovative. "