MEXICO, THROUGH THE EYES OF PHOTOGRAPHER GRACIELA ITURBIDE

MEXICO, THROUGH THE EYES OF PHOTOGRAPHER GRACIELA ITURBIDE 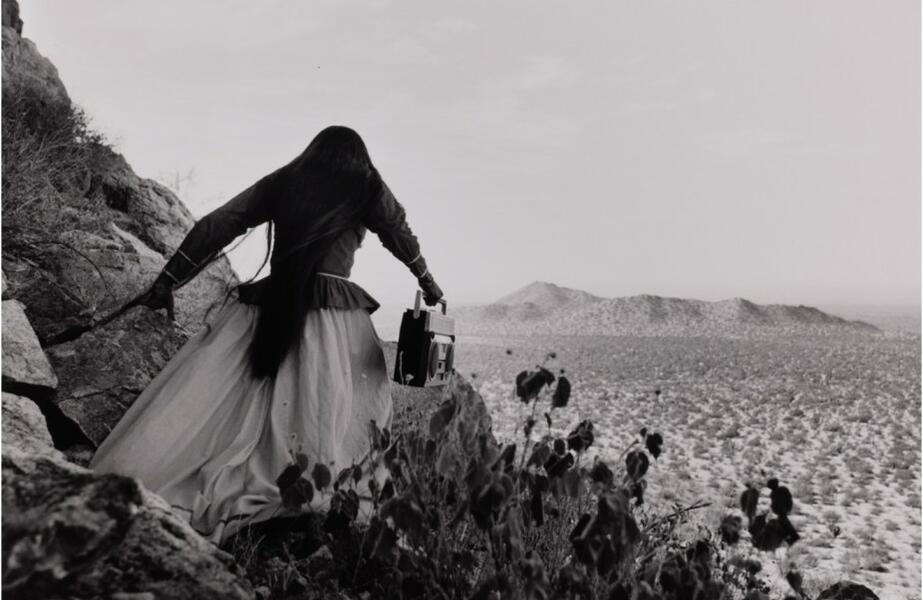 On February 28,2020, the National Museum of Women in the Arts (NMWA), in Washington DC, presents Graciela Iturbide’s Mexico, an exhibition of 140 personal and poetic photographs bearing witness to the rich and complex culture of the artist’s homeland. For the past 50 years, Graciela Iturbide (Mexico City, 1942) has produced majestic, powerful and sometimes visceral photographs. She is considered one of the greatest contemporary photographers in Latin America. This monumental survey of photographs of Mexico, organized by the Museum of Fine Arts, Boston, spans Iturbide’s career with images from 1969 through 2007. It encompasses compelling portrayals of indigenous and urban women, explorations of symbolism in nature and rituals, and haunting photographs of personal items left after the death of Frida Kahlo. Iturbide’s most extensive US exhibition in more than two decades, Graciela Iturbide’s Mexico will be on view through May 25, 2020.

As a documentary photographer, Iturbide transforms ordinary observation into powerful and provocative art. She integrates herself into the communities she photographs, and this close relationship has led to images of unparalleled sensitivity. Eschewing stereotypical narratives frequently used to represent Mexico, she instead presents nuanced and multifaceted insights through her signature black-and-white gelatin silver prints.

Iturbide stated, “Photography for me is a ritual. To go out with the camera, to observe, to photograph the most mythological aspects of people, then go into the darkness, to develop, to select the most symbolic images.”

“For the past century, Graciela Iturbide has captured the essence of cultures throughout Mexico”, said NMWA Director Susan Fisher Sterling. “She allows us the opportunity to experience her country through her eyes. We are honored to show Iturbide’s captivating photographs at the National Museum of Women in the Arts.”

The exhibition is organized into nine sections that illustrate Mexico as a rich tapestry of cultures, through daily rituals, social inequalities and the coexistence of tradition and modernity. In Early Work, Iturbide’s attraction to unusual geometries and her eye for the unexpected is apparent. These sections focus on her photographs of indigenous societies: Juchitán, home to the Seri, a formerly nomadic group of fisherfolk, live in a transitioning culture; and La Mixteca, chronicling the Oaxacan herding community’s annual goat slaughter festival. On view here is the iconic Nuestra Señora de las Iguanas (Our Lady of the Iguanas) (1979), showing a woman wearing a wreath of iguanas on her head, which has been appropriated by artists, critics, Juchitecans, Chicanos and even Hollywood. In Mujer Ángel (Angel Woman) a Seri woman in traditional dress walks through the desert holding a boom box, a juxtaposition of old and new technologies. In Carmen (1992), a woman wearing a delicate jewelry and a floral-embroidered blouse clenches a knife between her teeth as her hands grip the ankle of a goat against her bloodstained skirt, highlighting the striking paradoxes of the slaughter ritual.

The Fiestas, Death and Birds sections further demonstrate the artist’s deep awareness of cultural symbols. Beginning in the 1970’s Iturbide traveled throughout Mexico recording a variety of lavish fiestas, which incorporate elaborate costumes, ceremonies and spectacles. Alluding to the Roman god who is frequently depicted with two faces, Jano (Janus) (1980), illustrates the significance of disguise in Mexican the fiesta. Intrinsic to some of these fiestas is the subject of death, as seen in the Day of the Dead rituals and shrines. In the section Death, Novia Muerte (Death Bride) (1990) depicts a man in a white bridal gown wearing a death mask and holding a bouquet of flowers. His extended arm poignantly alludes to the absence, or death, of a partner.

Early in her career, following the tragic loss of her six-year-old daughter, Iturbide described the need to photograph the death of others as a way to come to terms with her own pain. Birds, too, became a vehicle for her spiritual and emotional journey. Pájaros en el poste, Carretera (Birds on the Post, Highway) (1990) depicts a sublime sky filled with birds against the silhouette of a telephone post in the form of a cross. She reflects on her fascination with the animal: “For me, they are a symbol of solitude, freedom and independence.”

In the Botanical Garden section, Iturbide’s photographs of Mexican flora and fauna are rendered with as much sensitivity as her images of people. In 1998, Iturbide photographed the Ethnobotanical Garden of Oaxaca, which tells the story of the relationship between the people of Oaxaca and the region’s native plants- the cactus, in particular. In Mexico, cacti are used on a daily basis for food, alcohol and medicine, as well as being a national symbol. Jardín Botánico (Botanical Garden) (2002) shows a cactus receiving an intravenous therapy treatment.

The final section, Frida’s Bathroom, refers to Iturbide’s 2005 commission to photograph Frida Kahlo’s belongings in the painter’s bathroom at Casa Azul (Blue House), where Kahlo was born and died. Iturbide’s stark photographs provide an emotional narrative of the intimate space. Her images focus on objects that underscored Kahlo’s chronic illness and physical pain, including a box of opioid medication, a prosthetic leg and a hospital gown. As with all of her subjects, Iturbide relates to Kahlo personally, as a fellow Mexican woman artist who has used her art to grapple with the hardships and tragedies of life.

Graciela Iturbide’s Mexico is organized by the Museum of Fine Arts, Boston. Presentation at the NMWA is made possible by the Sue J. Henry and Carter G. Phillips Exhibition Fund, with additional support provided by the members of NMWA.