In order to have its realization made possible in the midst of the Covid-19 pandemic, Biennial 12 Feminine(s): visualities, actions and affects had to be reset in a new way, allowing significant exchanges and reflections even without physical space 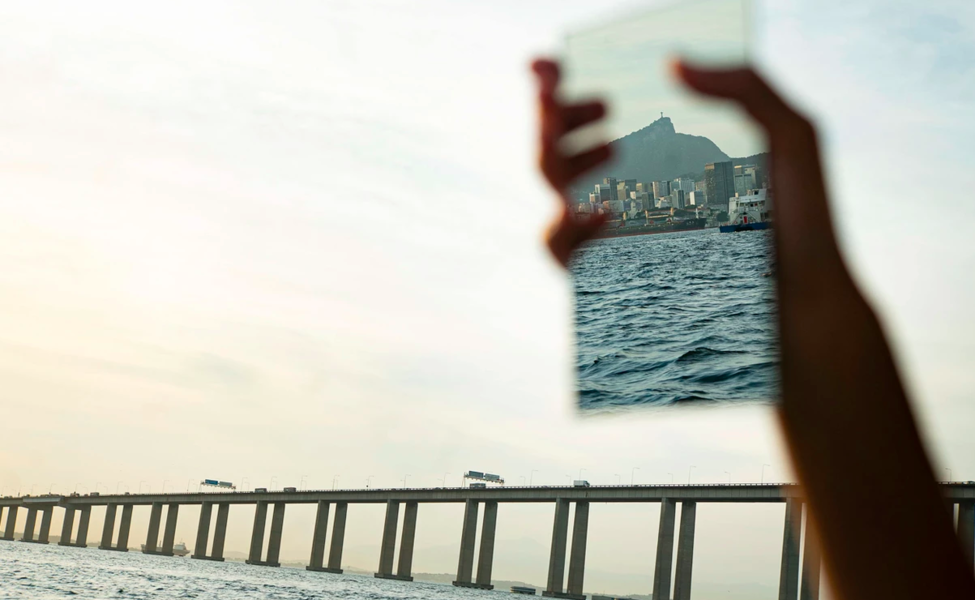 If art is a reflection of the human anxieties and concerns of its time, the current historical moment instigates the creativity of artists - who seek to maintain dialogues and perspectives in constant movement through their work. But how does art survive when the context of the global pandemic restricts one of its most potent aspects, which is to meet people? Biennial 12 was one of the shows that needed to reinvent itself to exist outside of a physical space. The result was a unique exhibition, full of particularities.

Since the physical opening of the exhibition was suspended, the Online Biennial started with a series of posts with testimonies by artists, staff and curators. These testimonies, which gave priority to the word affections, were the first record of isolation in art. In addition, the exhibition opened on April 16, adapted to a digital platform with images of works, texts written by the artists, information about their poetics and proposals prepared by the Educational Program to stimulate critical reflection on the works. The Biennial 12 Lives Program, launched last month, completed the set of initiatives that structure the exhibition's program. In live broadcasts mediated by team members, the project promotes conversations with the artists of this edition every Thursday, over 6 weeks.

Among the actions for artists and teachers, a collective laboratory is ongoing since the beginning of June, aiming to build a pedagogical material that considers the new demands of art education. An extensive network of exchanges between teachers was also created, which, after registering with the Biennial, they can share materials for their teaching activities.

Exploring the Feminine(s): visualities, actions and affects theme, the 12th edition of the Biennial focus on difference as multiplicity, giving space to different ways of being women and thinking about women from art. It includes 69 artists from 24 countries and adresses a critical position on a predominantly white artistic universe by incorporating a wide representation of African, African American, and Caribbean artists. The choice was made due to the need to debate issues such as racial, social and gender violence and inequalities, fighting discrimination, exclusion and poverty, as well as the devastation of the environment - which seems even more urgent and actual after the beginning of the pandemic. Breaking with the paradigm of art as a white and masculine craft is an essential step in creating an enabling environment for these debates to take place, a way to think about other forms of the human, a way to transform the world.

In words of Andrea Giunta, Biennial 12’s curator, “Feminine(s) aspires to share the collective exercise of inventing new ways of doing, saying, thinking, and creating—a platform, a forum, a chorus of many forms of expression and ways to listen. It intends to act as a space where the traditionally exclusive structure that regulates the art world’s symbolic and cultural representations mutates. The biennial’s educational component is key to creating territories of exchanges and debate, gatherings of the many audiences that will create their own biennials. The biennial envisions itself as a space of collective celebration, a space to think and create together, to confront, with critical imagination, the challenge of strengthening a democratic pact that expands and diversifies the very shape of the citizenry”