Matias Allende Contador (Santiago de Chile, 1990) researcher and curator of contemporary art is in charge of curing the Chilean Platform in PINTA Chile at Pinta Countriest -PINTA Miami sectio-, the most important Ibero-American fair of the art week in Miami.

In exclusive with Arte Al Día International, Matías shared his vision of the curatorship he is doing for PINTA Chile and makes a brief analysis about the positioning of contemporary art in Chile. 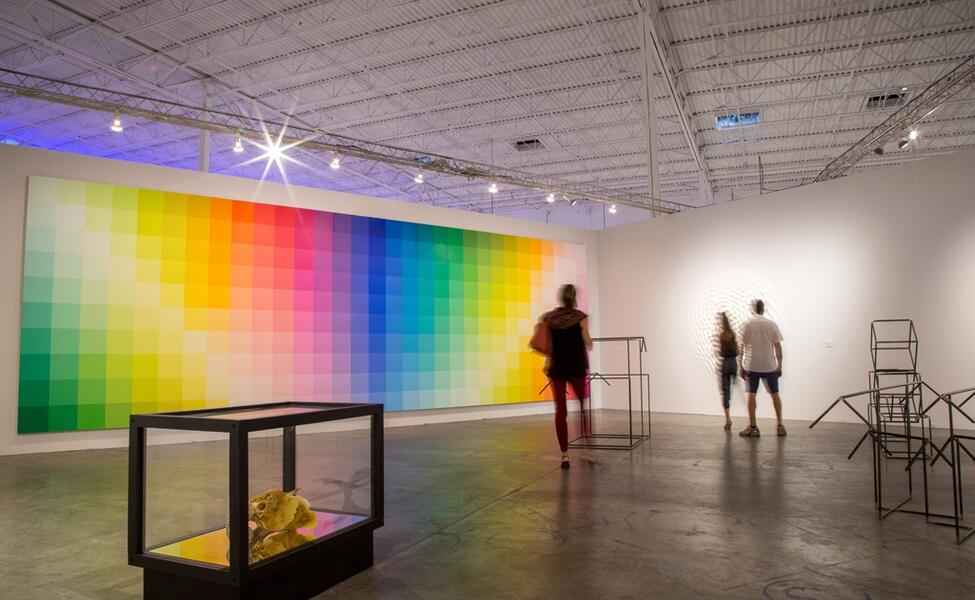 The proposal, still very incipient, that I am working for PINTA, is titled Entre lo telúrico y la geografía demente (Between telluric and demented geography), these two concepts are the way they called a kind of “espíritu primordial” (primordial spirit) Gabriela Mistral and Pablo Neruda, respectively.

I am interested in both authors, not because of their awards and recognitions, or rather, precisely because, although both were internationally important, their histories and approaches in cultural theory or the visual arts were diametrically different. While Mistral, he thought that the telluric was a priori condition of the Latin American, or of the Chilean in particular, which defined in his reflection of the earth who we are. Neruda thought that there was an almost pathological question in the relationship with geography and territory, and in a clear materialist response, geography exploded and we knew how to deal with it.

Two positions that in no case became part of the theoretical or historical vulgate of art, when the Latin American visual arts return and insist on territory, geography and topography, more than in any other latitude. What could be a common place, even a "topos” to consider at the outset the essential characteristics of regional art; it hasn’t been like that. So, I think it is necessary to put these concepts on the scene, discuss and work on them. Precisely, and that is where the proposals for the fair would be located: like how the representation of the body is, the territory can emerge.

I plan to work with a gallery that ranges from emerging or that works with more experimental proposals, not necessarily in the favorite circulation axes of collectors of Santiago, passing through spaces with artists with a medium career; to -of course- consecrated galleries. I think that the participation of Chile in PINTA Countries, reaffirms the initiative that has been promoted for a few years now but is officialized under the name of "Sísmica", which is the sectoral mark of the Chilean visual arts abroad. To participate in Miami art week will be a great closing of the year, where our country has joined forces to mark a strong presence in the region and abroad.