Born in Buenos Aires in 1932, Paksa died on July 5, 2020. The artist dedicated much of her career to the intersection between art and technology that, in her own words, had become the pillars of her life. Throughout her career she ventured into different techniques such as sculpture, drawing, design, installations, painting, objects, digital art and video-art. 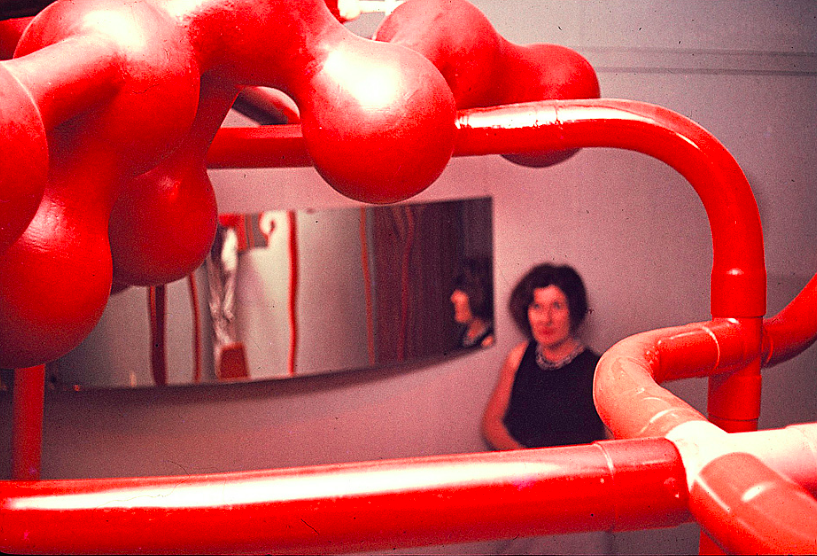 Throughout her career, Paksa weaved into her work what she saw in the world. Her themes always revolved around duality and identity, social issues, and communication. And its narrative thread was thought, introspection, politics, mathematics, science, psychoanalysis and sometimes even the mystical.

Margarita Paksa was an exponent in the 1960s at the Instituto Di Tella, a CONICET researcher, winner of numerous international awards and a teacher in the Department of Visual Arts at UNA. Among other works, she was the author of the well-known neon work, El arte ha muerto. Viva el arte. (Art has died. Long live art.)

In addition, she was part of the Radical Women exhibition, curated by Andrea Giunta. A brave and iconic show, originally organized and deployed, which involved a huge effort to re-inscribe and rewrite the history of art with the radical work of 120 Latina pioneers in experimentation from 15 countries including the United States.

*cover: Calorico, relationship between art and science ambiguity between the virtual and the real, 1965