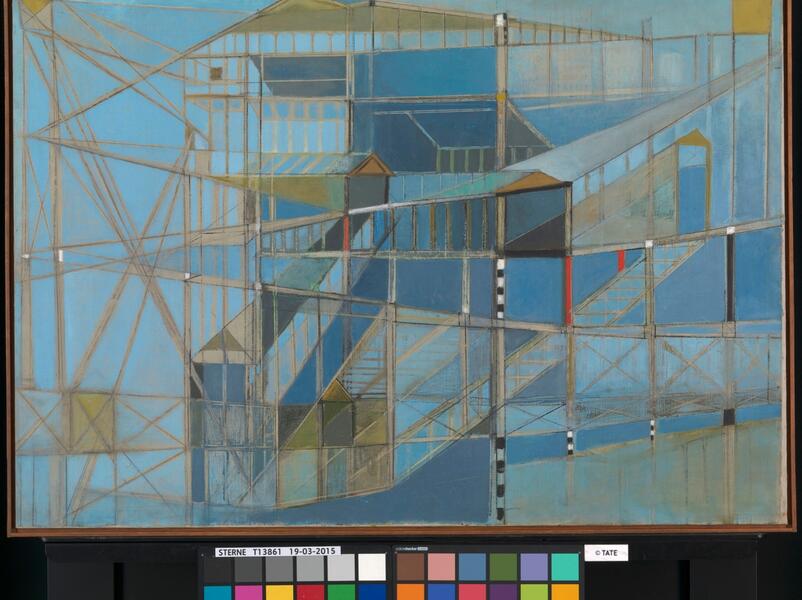 This is a compact show of only 18 major works that recalls, seventy years later, a decisive moment in the history of American art: the collective protest of 18 artists from the New York School against the exhibition American Painting Today: 1950, scheduled by the Metropolitan Museum of Art, in which these artists - without many of whom the art of the twentieth century would not be understood - were not considered represented.

The irascibles: painters against the museum (New York, 1950) is set up from this photograph taken by Nina Leen and published by Life magazine in the heat of that protest, that is then translated into the exhibition space with 18 works, one per artist, most of them made around 1950.

As it was known that many of the jurors in New York felt rejected by modern art, Adolph Gottlieb rightly claimed that his works would not be judged impartially. The artist himself wrote the first draft of an open letter addressed to the president of the Met Museum, Roland L. Redmond, which was signed by the artists as well. The letter was published on the front page of the New York Times (May 22, 1950) with the following headline: "18 Painters Boycott Metropolitan; Charge 'Hostility to Advanced Art". Shortly after, the Herald Tribune responded to this article with a hard editorial in which the dissidents were referred to as "the eighteen irascible". To echo this controversy, Life magazine proposed to artists to pose for a group photo that they intended to include in a report on the Metropolitan exhibition, and the image became the unofficial portrait of the New York School.

Fifteen artists were portrayed in the photograph: some of the most renowned members of the New York School (Willem de Kooning, Jackson Pollock, Mark Rothko, Adolph Gottlieb, Barnett Newman, Clyfford Still and Robert Motherwell); artists with a less known career (such as William Baziotes, Theodoros Stamos and Ad Reinhardt); and painters almost forgotten by historiography (as is the case with Hedda Sterne, James Brooks, Jimmy Ernst, Bradley Walker Tomlin and Richard Poussett-Dart).

This exhibition brings together for the first time a selection of works produced around the time when this group of painters decided to present themselves as a collective and face the policy of a museum with such a lasting reputation as the Metropolitan, the media and the great public. By bringing together all the “irascibles”, both those who had a successful career as well as the least known and barely exhibited outside the United States, this exhibition offers the public a more complete knowledge of one of the most relevant artist groups of the mid 20th century