Until Friday 3 June, it is possible to visit the new exhibition by the Argentine artist Carlos Huffmann in Ruth Benzacar Galería de Arte. 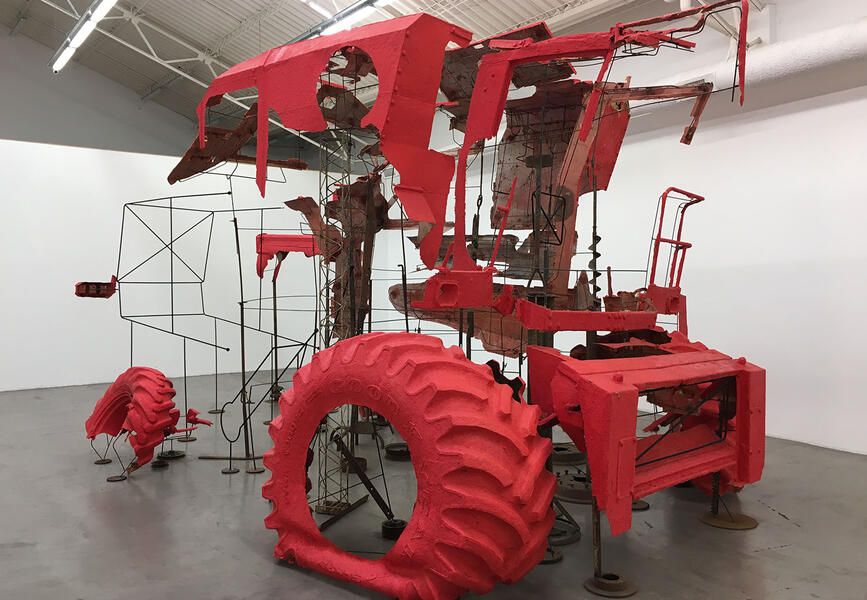 In this exhibition, the artist investigates the forces that animate the world through a double operation: inversion and emptying. On the vertex of identity as manifold, the artist seeks to explore the limits of the enunciable. The Huffmann assemblages propose structure without content, meaning as latency. In the margin of the human, in the margin of the nature is the appropriation. On the contrary, at the border of the urban and the rural, fiction becomes matter and takes shape in the works of the artist as material for the construction of representations of the world.

Do the subjects have the power to overflow the structure? What possibility do we have to expand the field of thinking and build new channels of reception? I hope you never know how to trim a subject. That the work of the artist is to emphasize the arbitrariness that exists in every image of the world.

Tuesdays to Saturdays from 2 to 7 pm