For the fourth time, Lisbon is transformed into the art capital for a whole week. From the 16th to the 19th of May, under the co-organization of IFEMA and the Municipal Chamber of Lisbon, the Portuguese city celebrates the 4th edition of ARCOlisboa. Summoning a hundred professionals and fans of contemporary art, the fair puts the vibrant artistic scene of Portugal in dialogue with the international scene 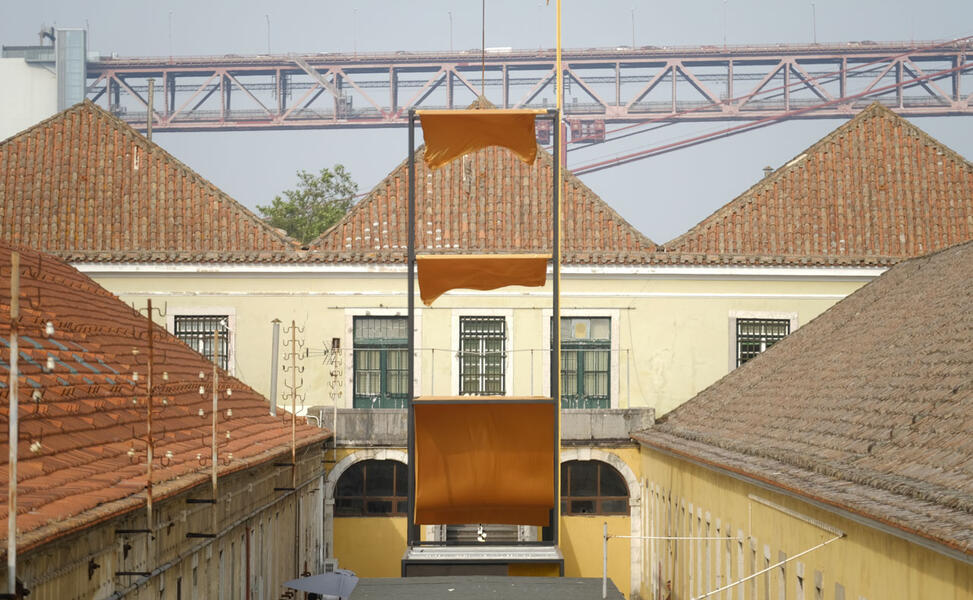 The celebration of ARCOlisboa 2019 will take place at the Cordoaria Nacional -an old recycled naval factory that functions as an exhibition center- and will have the participation of 70 galleries from 17 countries. Unlike previous fairs, this new edition will also include African galleries and a section devoted to contemporary art publications organized by Arts Libris.

With regard to the programming, the three traditional ARCOlisboa are maintained: General Program, Opening and Projects.

On the one hand, the General Program will consist of 52 galleries from 16 countries. Some, as is the case of Vera Munro and Georg Kargl will have their debut at the fair. In addition, as the organizers informed, important galleries such as Krinzinger, Greengrassi, Pietro Sparta and Vermelho will be part of it again.

On the other hand, with the aim of providing new information and aesthetic experiences, the programming of Opening will focus on those galleries with a history of no more than seven years. The nine participating galleries - Lehmann + Silva and Fran Reus, among others - were selected by the Portuguese curator João Laia.

Finally, the Projects section will be held at the Museu de Lisboa - Torreão Poente, where the works of nine individual artists -presented at the fair by their galleries- will be exhibited. Among them are Daniel García Andújar (Galería Àngels Barcelona), Gerold Miller (Cassina Projects) and Nicolás Grospierre (Galería Alarcón Criado).

But, in addition, Africa em Foco (Africa in Focus) is introduced in this edition. Taking as a starting point the unique international position of Portugal at the crossroads between Africa and Europe, Africa em Foco will include six galleries from Angola, Uganda, Mozambique and South Africa with individual stands interspersed by the fair. This section, curated by Paula Nascimento, will be completed with a series of conferences focused on the most modern contemporary art in Africa, with the participation of figures such as Raphael Chickwkwa and Azu Ngagbogu.