At the Museum of Latin American Art of Buenos Aires (MALBA) inaugurated LIMINAL. Conceived by Leandro Erlich (1973, Buenos Aires) as one of his most ambitious projects, the exhibition is the first retrospective anthology in America of all his arworks from the mid-90s to the present. Under the curatorship of Dan Cameron, the Argentine museum hosts until October 27 the productions of one of the most relevant contemporary artists of the local, American and international scene. 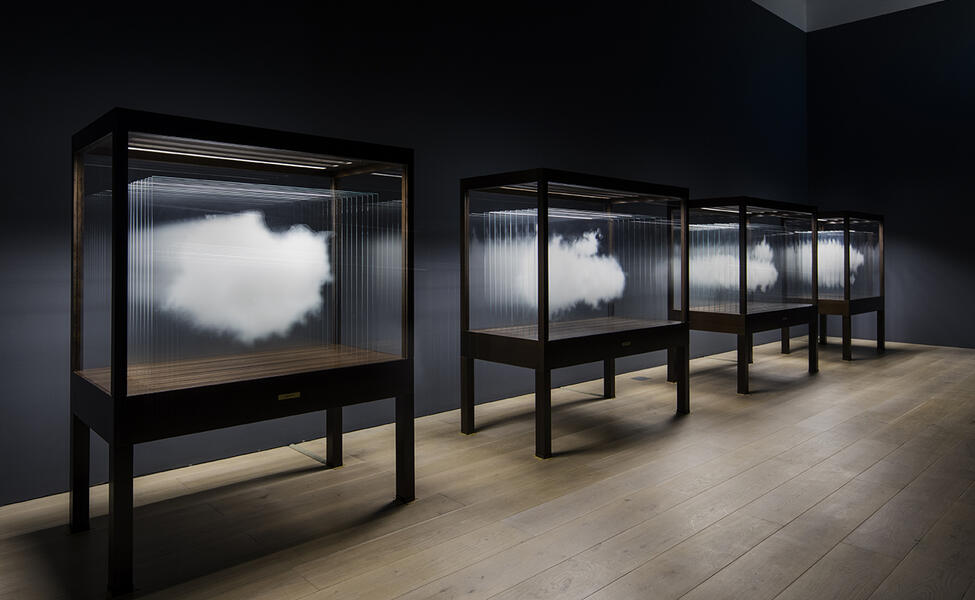 Among the twenty-one installations that intervene the MALBA are some famous: La pileta (The swimming pool, 1999), artwork that Erlich presented in 2001 within the framework of the Venice Biennial on behalf of Argentina, and that is exhibited for the first time in this country ; La vereda (The sidewalk, 2007); Puerto de memorias (Port of Memories, 2014); El aula (The Classroom, 2017). In addition, a series of projects developed in co-production of the MALBA with Erlich Studio throughout the year, including the Invisible Billboard installation, exhibited in the esplanade of the museum.

Alluding to a space that looms within another but that refers only to the crossing point of those two spheres, holding the experience in a state of limbo, of a relative existence, the title of the exhibition is born: LIMINAL, which by definition is what It concerns the beginning of something else. This is not just for MALBA’s exhibition, but for the whole body of Erlich's oeuvres, which makes visitors balance on a pendulum of previous experiences and a new reality. In words of Cameron: "The cumulative impact of experiencing several works of Erlich in a single exhibition intensifies our awareness of a duality inherent in the real, and makes us wonder in what circumstances we could safely say that we are actually here or there."

To produce these sensations, Erlich artworks at MALBA simulate everyday spaces -such as a school / university classroom, a swimming pool or a beauty salon- and subtly, with elements that astonish by their rarity, but that the spectator incorporates them to the scenario in a plausible way, with absolute naturalness. With regard to this freedom and ability that Erlich has to introduce the visitor in a sui generis reading pact, the Uruguayan artist Luis Camnitzer, in the catalog produced by the museum, writes: "Beyond the arbitrary orders, the work of Leandro challenges the word "order" in both his authority and his organization. It does so insidiously because it does not mess up, as would be the obvious, but it substitutes. The authority seems to be maintained and the organization too. Thus, after all, the impossible seems possible, the absurd becomes rational, and the known is put in doubt until it comes to touch the unknown.

Known in Argentina for stealing the tip of the obelisk of 9 de Julio Avenue - the central monument of ​​the City of Buenos Aires, which represents the 400th anniversary of the city's foundation - Leandro Erlich takes charge of transforming the MALBA until October. In coincidence with the exhibition Próximamente (Coming Soon) to be exhibited at Ruth Benzacar Gallery, Buenos Aires presents a unique opportunity to understand and experience the imaginary of one of the greatest contemporary artists of its country. "In the parallel universe of Erlich, the stairs do not lead anywhere, the elevators do not stop at destination, the passive spectators become active participants, the clouds acquire new physical characteristics and the solidity of the built spaces turns out to be a fleeting illusion optics, "explained Cameron.