LA MIA MAPPA, AN EXHIBITION THAT EXPLORES TEMPORARY CONVENTIONS AND THE ELEMENTS THAT COMPOSE THE HISTORY

From September 7th to October 27th at Alexander and Bonin, Emily Jacir presents La mia mappa (My Map) -name derived from a photograph she took in Rome-, an exhibition that covers the most recent works of the Palestinian artist. 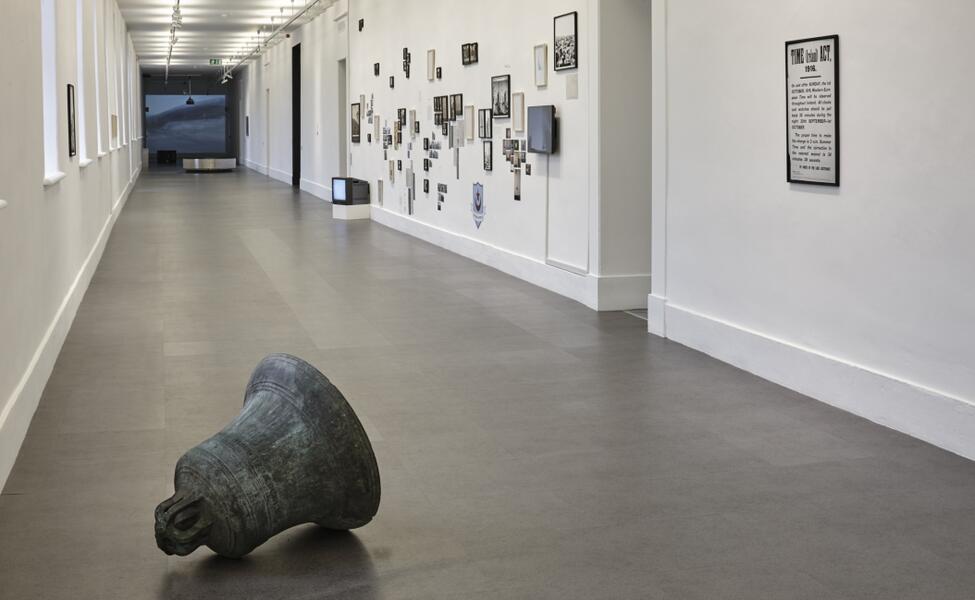 On the one hand, La mia Roma (omaggio ai sampietrini, 2016) emerges as an ode to the walker, to labour and to what Jacir describes as one of the architectural marvels of Roman architecture: the sampietrini, traditional cobbled streets of the Italian capital.

This work exhibited in the individual exhibition carried out by the New York gallery is the product of long walks the artist made throughout Rome collecting sampietrinis. After the expropriation of those, Jacir took these pieces made of volcanic stone into her studio with the aim of documenting and relocating them, later, to their original site. Thus, the work is not only a record of the cobblestones that constitute the Roman streets, but also a diary of Jacir's walks.

Likewise, the sampietrini used for La mia mappa resignify when the spectator adopts a historical perspective: since the 60's, these same cobblestones have been used by the insurgents of the city to manifest themselves. Therefore, the cobbles becomes a constituent element of the class struggle in Italy.

On the other hand, Notes for a Cannon (Notes for a Cannon, 2016)  represent a constellation between Palestine and Ireland contextualized within a magnetic field of correspondence and convergence. Instead of a didactic process of instruction that defines the convergences and comparisons between two unconnected spaces, the work is conceived as a continuous individual and collective “sketch-work” that allows a continuous discovery of the past and present interconnections between two geographical remote sites linked by historical links, both real and analogue: the work takes as its starting point the date when the British military government, in 1922, commanded by Ronal Storrs destroyed the clock tower that was in the Jaffa Gate (Friend Gate), a historic site for the city of Jerusalem. In this way, Notes for a Cannon explore the ways in which each city experiences historical events according to the time zone - a mere agreement that defines history aspects.