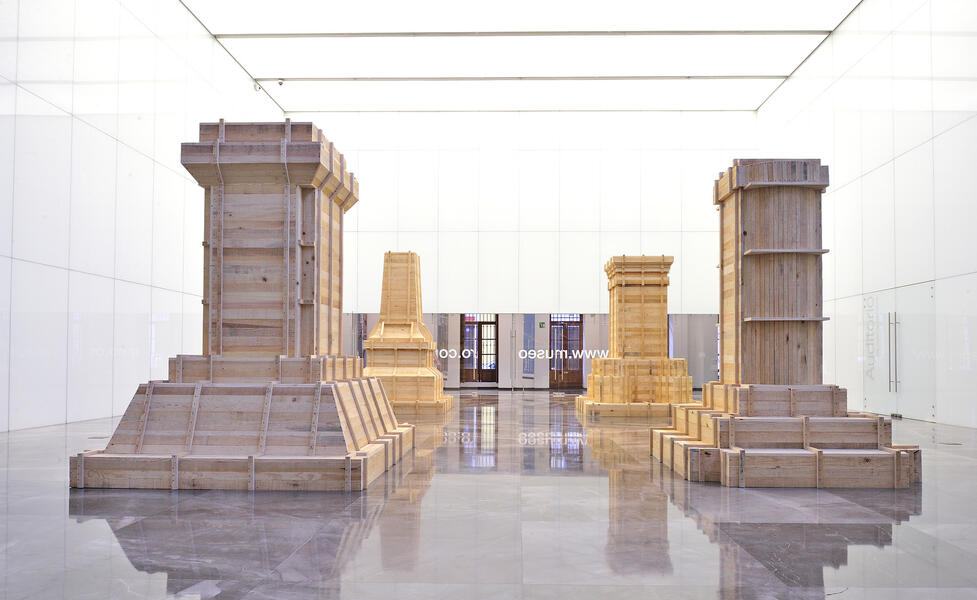 Ni héroes ni mártires (Neither heroes nor martyrs) is the second exhibition shown within the Encuentros Latinoamericanos programme (Latin American Encounters), hosted annually by Museo Amparo. This project aims to provide a meeting space for dialogue and critical reflection around artistic production in the subcontinent. Encuentros Latinoamericanos is also an editorial project which takes the form of a series of publications which include an interview of the artist by the curator, a text by a guest author, artist's bio, and a selection of images showing the artist’s works.

Employing different media, from sculpture and installation to video and photography, Juan Fernando Herrán investigates hidden moments in Colombia’s history and questions the mechanisms involved in constructing memory. The exhibition brings together artworks that raise questions around the figure of the hero and the martyr, and their role as “dramatic operators” in the national story. The artist´s interest in marginal, anonymous or absent figures and changing forms, as both the product and author of the story, reveals his intention to design a palimpsest memory which is always open to debate. By trying to recuperate the traces of a silenced past, he does not seek to create a different story, on the contrary, he offers “meeting points” where the memory can be renegotiated collectively.

The exhibition will be open until September 25 at Museo Amparo.