IVÁN NAVARRO WILL GET TOTAL REPRESENTATION BY THE TEMPLON GALLERY

Galerie Templon French art gallery announced the representation, both in Europe and in America, of the Chilean artist Iván Navarro (Santiago, Chile, 1972). Resident in the United States since 1997, Navarro's artwork involves history of art, design and architecture within the artist's experiences regarding American society and Augusto Pinochet’s dictatorship in Chile during his childhood. 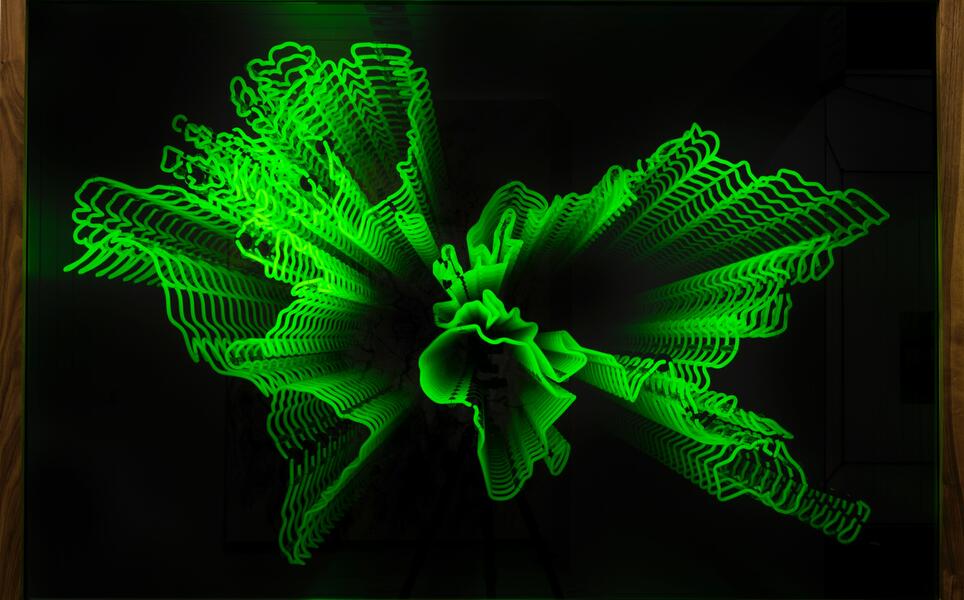 Using neon light as main material, Iván Navarro oeuvres are well-known for his light sculptures. When crossing his childhood under the Chilean dictatorship, light ―such as many other services provided by the state― is associated in the imaginary of the artist with control and power ―it was common during Pinochet’s government the isolation through blackouts and cuts of services. Thus, Navarro's work, attractive and powerful at a visual level, constitutes a tunnel that questions the structures of power, vigilance and violence. What looks like a light show illuminates and denounces the shadowy corners of politics and modern society.

“We first discovered Iván Navarro in 2005 in Miami and have been working closely with him since then, supporting his many museum shows, his participation in the Venice Biennale and other major international exhibitions worldwide,” explains enthusiastically the Executive Director of the gallery, Anne-Claudie Coric. And she adds: "By representing him in a more global way we hope to further enhance the understanding of his politically-charged works." Galerie Templon has been supporting the Chilean artist for more than a decade. Among the actions to be carried out in the future, the gallery announced that Navarro would present its latest production at the Foire Internationale D'Art Contemporain 2019 (FIAC) held at the Grand Palace in Paris from today until October 20. “The piece at FIAC is an exceptional new piece demonstrating his unique ability to combine spectacular, playful forms with a very critical engaged discourse,” says Coric.

In addition, the artist will be exhibited at the Shanghai West Bund 2019 ―art fair held from November 7 to 10 in the Chinese city― and will have an exhibition at the Paris gallery in January 2021.

As for the circulation of his artwork in America, the gallery programmed with the Museum of Contemporary Art of Buenos Aires (MACBA) the Bifocal exhibition, a retrospective individual show that will take place in November of this year; Monumento Abierto, a temporary installation in the city of Santiago (Chile) in the framework of the United Nations Conference on Climate Change (Cop25), next December; and a large-scale sculpture ―This Land is Your Land― for the inauguration of the new Momentary space at the Crystal Bridges Museum of American Art (Bentonville, United States), in February 2020.