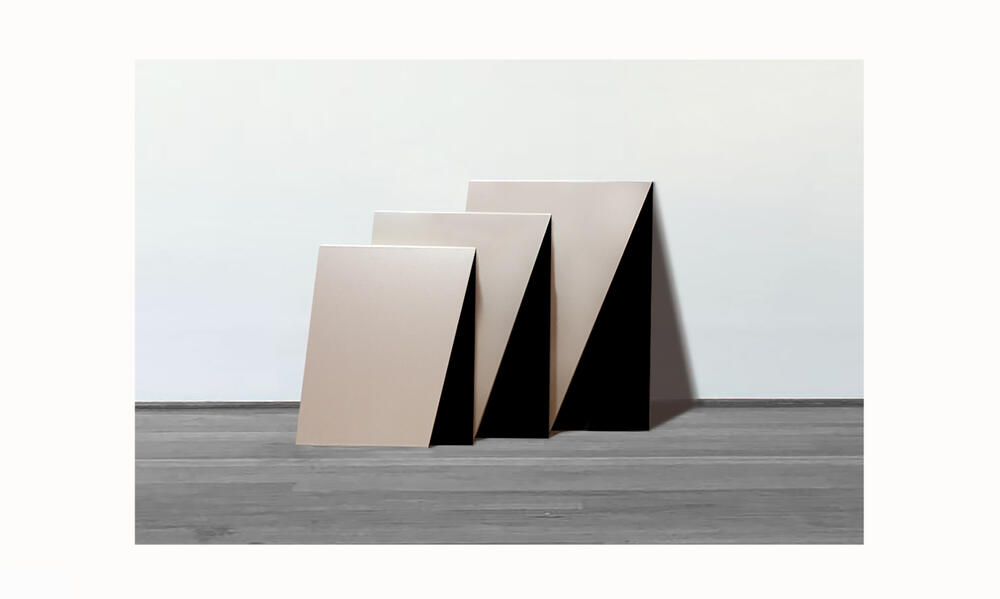 A little more than a hundred years ago, the Russian artistic avant-garde managed to free painting from its everlasting function of representing fractions of the visible world by incorporating geometry into its language. Soon these inquiries overflowed the pictorial and also reached the fields of sculpture and architecture and, especially, participated in the conception of design. During the second half of the last century, geometry returned to explore specifically the flat surface of the canvas through the dynamism of optical and kinetic inquiries or the unwavering minimalist stillness. In recent times this tendency to "overflow" will allow to involve the painting - or the object - with the walls of the galleries, conquering its space and promoting the advent of means such as installation. The pieces exhibited in Plano Sobre Plano form a succinct overview of the diverse plastic reincarnations of the geometric in current art.

We identify a certain "suprematist" wink in the orthogonal forms that star in the "squeezed" graphic space of Ryan Brown's works, as well as an ironic conceptualist propensity conferred by the inscribed textuality and the dislocation of the meaning between what is nominated and the image captured. In the serigraphs on paper by Jorge Cabieses, the polygonal shapes overlap and interweave creating chromatic warps and bold compositional innovations that reveal the intuitive component of their execution process. The austere pictorial polyptychs of Michelle Prazak have the peculiarity of being integrated into the architecture of the room, in whose walls they seem to be completed. In the assemblages and sculptural objects of Daniel Martínez we recognize the diverse manifestations of the polyhedral.

It is likely that geometric forms are reissued cyclically in artistic languages because they do not exist in reality and that is why they remain undamaged and unalterable as entelechies of the perfect. Because geometric shapes do not change, what changes is the reading we make of them in different historical moments.