The $25,000 award, which seeks to offer creative and professional support for artists, was given to these two young artists. 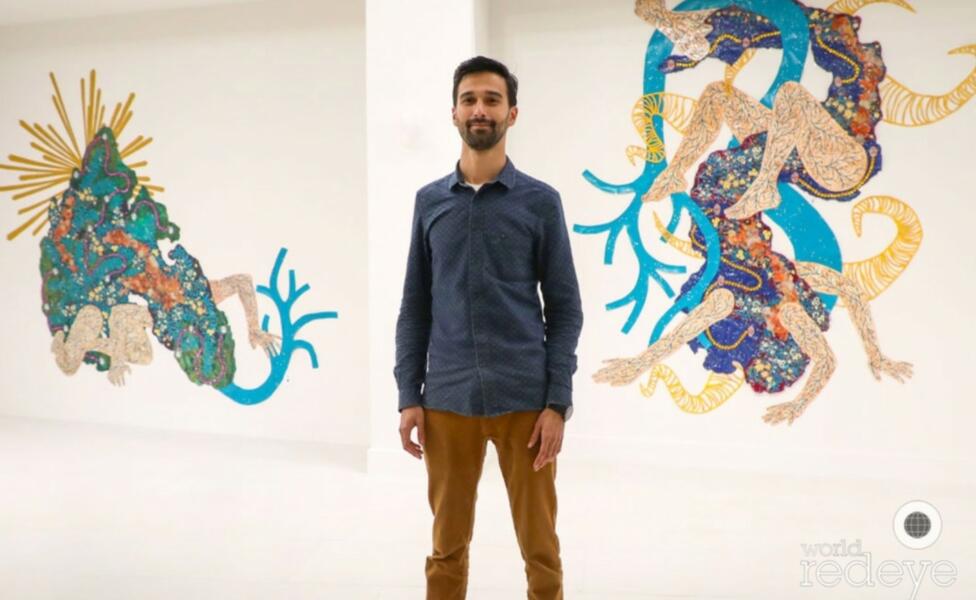 Ilana Harris-Babou and Mateo Nava have been named the recipients of the National YoungArts Foundation’s 2020 Jorge M. Pérez Award. The $25,000 prize, which is funded by the Jorge M. Pérez Family Foundation, was established to support emerging and midcareer artists who have demonstrated artistic excellence and shown promise of future achievement. Selected by arts patron Jorge M. Pérez, the founder of the development firm the Related Group, and Patricia García-Vélez Hanna, the company’s art director, Harris-Babou and Nava will each receive $12,500.

“The Jorge M. Pérez Family Foundation is proud to support organizations like YoungArts that are dedicated to nurturing and cultivating the next generation of artists throughout the US,” said Pérez. “This year’s award grantees, Ilana and Mateo, have shown incredible talent and future promise, and we are happy to support their creative journeys as they continue to grow in their respective fields.”

Ilana Harris-Babou was born in Brooklyn, New York, and is a rapidly rising Massachusetts-based interdisciplinary artist. Her work is grounded in video and spans sculpture and installation. Through her work, Harris-Babou confronts the contradictions of the American dream, and specifically, the ever-unreliable notion that hard work will lead to upward mobility and economic freedom. She received a Bachelor of Arts from Yale University in 2013 and a Master of Fine Arts from Columbia University in 2016. Harris-Babou has exhibited throughout the United States and Europe, with solo exhibitions at the Museum of Arts and Design, Larrie and 80WSE in New York. Her work has also been shown at the de Young Museum, The Jewish Museum, Kunsthaus Hamburg, SculptureCenter and Whitney Museum of American Art.

Mateo Nava is a Miami-based artist working in painting, drawing, collage and sculpture. Nava earned a Bachelor of Fine Arts at The Cooper Union in 2017, where his work began to focus on pattern and iconography in relationship to Latin American visual tradition. His work has been included in group exhibitions in New York and Miami, and he has completed residencies at the Yale Norfolk Summer School of Art, Parc Space at Bay Parc Apartments, Fountainhead Studios and Vermont Studio Center. Nava's work was also the subject of a solo exhibition at Real Art Ways in Hartford, Connecticut. He is a recent recipient of an Artist Access Program grant from Miami-Dade County and FUNDarte, and his work has been featured in New American Paintings, issue #142. Nava is currently an artist-in-residence at Miami's ProjectArt and an art faculty member at Design and Architecture Senior High (DASH).

The announcement of the 2020 Jorge M. Pérez Award winners took place at YoungArts’ annual Backyard Ball performance and gala. The Jorge M. Pérez Award is one of two major awards given by the National YoungArts Foundation as part of its range of initiatives which seek to offer creative and professional support for artists.