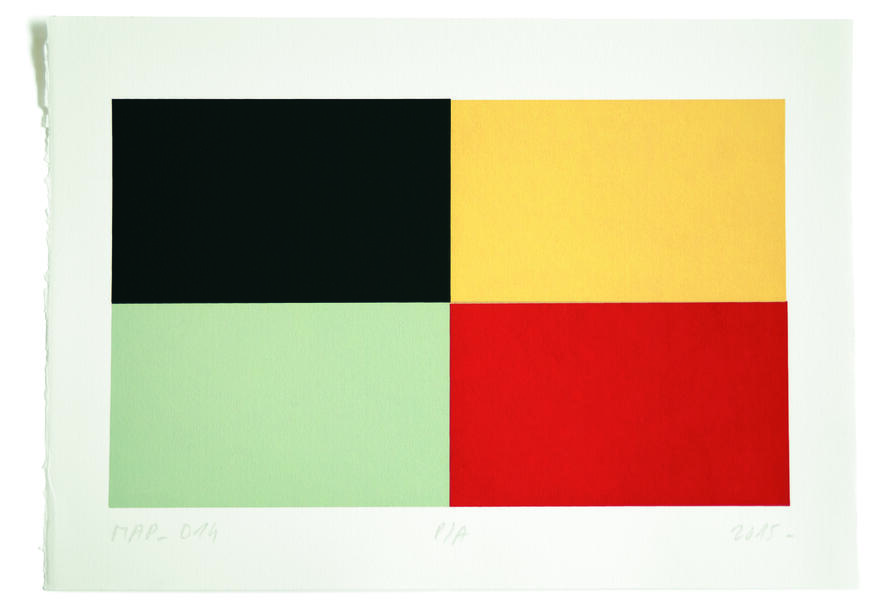 Uruguayans (second half) is a curatorial project that presents a selection of works by the four Uruguayan artists participating in the Uruguayan exhibition at the Contemporary Art Museum in Lima. This selection makes possible a broader knowledge of the recent production of four fundamental creators of the current Uruguayan scene.

The exhibition is made up of the collections of the Imaginary II 2014, where Paola Monzillo (Montevideo, 1986) perfectly synthesizes the direction and interests of her recent production. In this, an object created by the artist is related to a series of drawings that reflect on the narratives about cartography and the history of the earth and the cosmos. Pablo Uribe (Montevideo, 1962) presents the series Croma, along with a log book, where we can observe the research process with colors made by the artist. In Croma, Uribe recreates, with the help of a restorer, the colors with which reference works of Latin American art were made and then unfold them in monochrome frames of the same dimension of the work taken as a model. On the other hand, a series never exposed by Pablo Conde (Montevideo, 1960) presents mythical images of the history of Uruguayan football that fuse with the latticework of Venetian mosaic, creating a palimpsest of Uruguayan cultural identity. Finally, the work U From Uruguay by Martín Sastre (Montevideo, 1976) closes the museum's gallery project; Perhaps the most important political work of recent times in Uruguay. This project for the 2013 Venice Biennial consists of a video, a series of photographs and a bottle of perfume created by Sastre with the wild flowers of the garden of former President José Mujica.