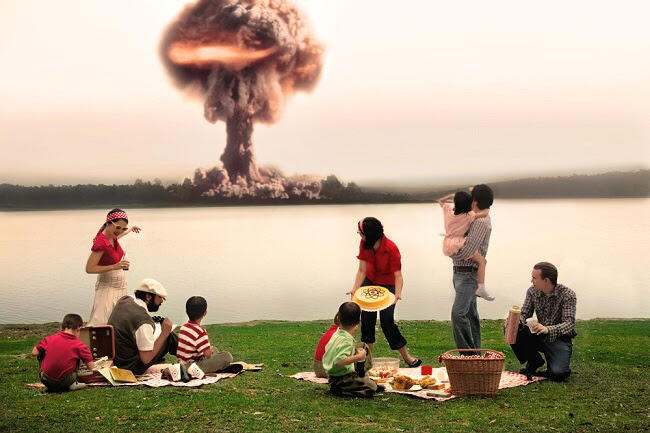 With Becoming Mexico, the museum examines the deeper roots of the genre with the impressive work of graphic journalism that captured the country's national identity with more than thirty photographs by Manuel Carrillo. Carrillo's images serve as a celebration of the human spirit. They are part of the museum's permanent collection. This exhibition was curated by Klaudio Rodríguez, curator of the museum.

Mundos Posibles, the prodigious imagination and fantasy of contemporary Mexican artists, contrasts with more than 40 works of art by nine contemporary Mexican photographers: Mauricio Alejo, Ricardo Alzati, Katya Braylovsky, Alex Dorfsman, Daniela Edburg, Rubén Gutiérrez, Kenya Nárez, Fernando Montiel and Damián Siqueiros. We are immensely pleased to present these two exhibitions representing very different periods in the history of photography in Mexico, "said the director of the Frost FIU Art Museum, Dr. Jordana Pomeroy. "I find it fascinating to see how photography can not only document but define and shape the identity of a country. Through his camera, Manuel Carrillo captured the rapidly changing character of his country, from a rural nation to an industrialized nation. Let's jump to the present, more than half a century later, and we see how contemporary artists in Mexico are using the medium from a completely different perspective illustrating worlds of possibilities. "

Manuel Carrillo (1906-1989) began his search in 1955 to capture indigenous Mexico with his camera, portraying his country and its people as it really was without any outside or colonial influence. Carrillo believed strongly in Mexicanity, a cultural movement during the 1920s led by influential writers, photographers and artists after the Mexican Revolution. Carillo's street photography documented the daily life, rituals, and local practices of peasants, Indians (peoples of the first nations), and mestizo men, women, and children in Mexico. For the artist and his subjects, Carrillo's photographs forged a national identity. He photographed during a time when peasants wore traditional clothing, men wore huaraches and women wore shawls. In them their subjects are proud, strong and optimistic ̶ but their photographs also reflect the despair of impoverished rural communities.

In contrast, Possible Worlds: Photography and Fiction in Contemporary Mexican Art presents the work of today's artists in Mexico and the influence that cinema, literature, fantasy and electronic music have in their contemporary work. A clear rupture of Mexican graphic journalism of the twentieth century. It is a new generation of artists immersed in the imagination and not in the documentation of the natural world. The works of these nine artists are representations of their dreams, nightmares, myths and fables - fictional worlds often rooted in a desire to escape to a better world.

This exhibition has been organized in collaboration with the Ministry of Foreign Affairs, the Mexican Agency for International Cooperation for Development, the Mexican Cultural Institute of Miami and curated by the art historian Marisol Argüelles. At the Frost Art Museum, it was coordinated by Klaudio Rodríguez (curator), and Dr. Jordana Pomeroy (director of the Museum).