The exhibition, curated by Juan Naranjo, photography historian and independent curator, comprises 110 photographs of the 131 by Paul Strand in the Fundación’s collection, which is the most complete on the artist in any European institution. 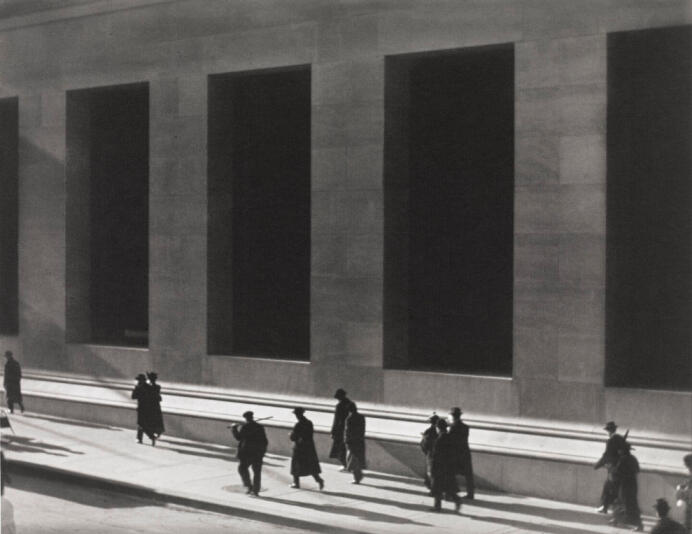 Born in New York, Paul Strand embarked on his life as a photographer at the Ethical Culture School through the influence of the photographer Lewis Hine. Around 1915 he made close friends with Alfred Stieglitz, who was also a photographer and a pioneer in the introduction of avant-garde art to the city. Strand fused these influences and moved on to explore photography’s potential as an instrument for transcending human vision through his intimate, detailed portraits and his ability to capture the subtle details of mechanical and natural forms. From 1930 onwards, he travelled around the United States, Canada and Mexico to create projects centred on specific communities in the form of studies of villages through their inhabitants and their identifying cultural traits.

Paradoxically, Strand’s early photographs seem more modern than those he took between 1950 and 1960 when he focused on the life of villages and communities in New England (USA), Ghana (Africa) and Luzzara (Italy). These were places where he established a close relationship between the terrain and its inhabitants, employing an approach that can be considered documentary. Nonetheless, Strand was convinced of the innovative nature of these late images, which coincide with the evolution of the modern movement.

The exhibition Paul Strand Fundación MAPFRE Collections is divided into four sections based on Strand’s working method and his way of understanding the world. The first section is Geometries: Reconfiguring the gaze, which includes his earliest photographs and also images centred on the frenzied life of major cities. The next section is Landscapes: from mistiness to geometrical painterliness, which features images in which Strand looked at forms in nature in order to bring out all their beauty in a natural, accessible manner, as well as landscapes of places such as Morocco, Egypt and the Outer Hebrides. The third section, Portraits: From the concealed gaze to cultural diversity, includes much of the artist’s output in this genre. These images are almost all characterized by the respect and empathy that arose between Strand and his models, whether he met them in New York, Mexico or Italy. The exhibition concludes with the final section, Countries: Emotional cartographies.