FROM CONTEMPORARY TO MILENARY EXPRESSIONS, THE MALI BRINGS PERU TO MADRID

Within the framework of ARCOmadrid 2019 and Peru as the invited country of the fair, the Art Museum of Lima (MALI) exhibits three large-scale exhibitions. In three parallel institutions - Reina Sofía National Art Center, Mataderos and Espacio Fundación Telefónica - and with almost simultaneous inaugurations, MALI programming in Madrid begins this week in February and will remain in the Spanish capital until the end of May. 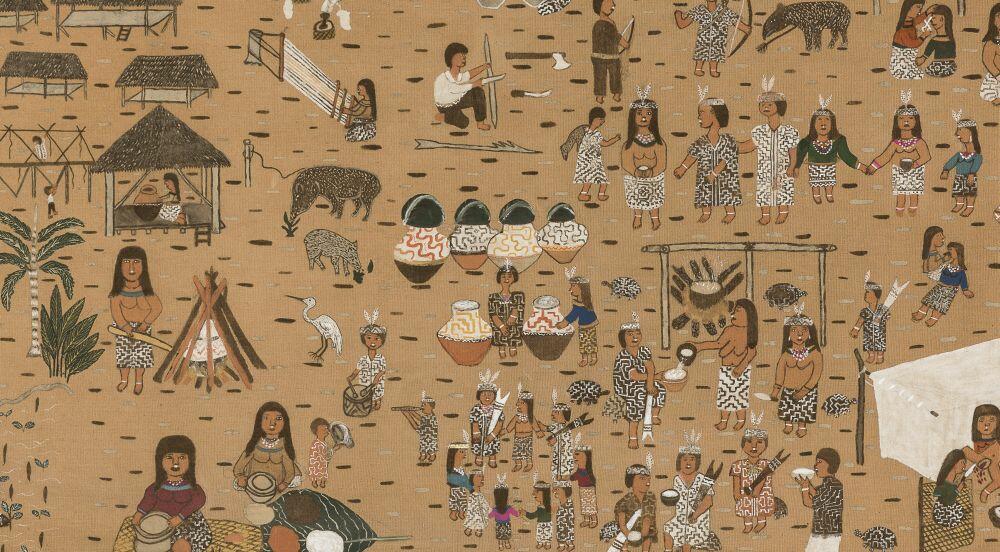 With its inauguration today, at the Reina Sofía National Art Center Museum, Redes de Vanguardia. Amauta y América Latina 1926-1930 (Avant-garde Networks of Amauta. Argentina, Mexico and peru in 1920s) will be in display until May 27. Beverly Adams and Natalia Majluf curators, with the indispensable support of the Mariátegui Archive, gather in the Madrid museum the different narrative forms that emerged from the publication Amauta, by the Peruvian writer and intellectual José Carlos Mariátegui (1894-1930). In addition, the exhibition recovers pieces and forgotten art movements within the 20s, considered within the pluralist perspective of Mariátegui.

Redes de Vanguardia. Amauta y América Latina 1926-1930 is the result of joint work between MALI and the Blanton Museum of Art of the University of Texas. After its exhibition in Madrid, the pieces will travel to Peru, Mexico and the United States respectively, where similar exhibitions will be held.

The second exhibition that constitutes the programming of MALI in relation to ARCOmadrid is Amazonias. Conceived as a great collective exhibition, more than forty Latin American artists -especially Peruvians- present works that directly relate to the threats and conflicts around the Amazon basin. From the preservation of native communities, their culture and tradition, all through the protection of the forest as a fundamental element for a sustainable planet, curators Gredna Landolt and Sharon Lerner selected artworks that address all these issues that are crucial in the contemporary scenario.

Amazonias opens on Saturday at the famous Matadero space in the center of Madrid, and will remain until May 5th. This huge exhibition is a co-production between MALI, the Inca Garcilaso Cultural Center of the Ministry of Foreign Affairs of Peru and Matadero Madrid.

Finally, on Friday, Nasca- Buscando huellas en el desierto (Nasca- Peru, Searching for traces in the desert) exhibition begins at Espacio Fundación Telefónica in Madrid. Curators Peter Fux and Cecilia Pardo trace a route to the deepest of pre-Columbian culture in what is now the seaside region of southern Peru. As stipulated, the communities that inhabited the Nazca region have their origins in the year 200 B.C.

Since its discovery at the beginning of the 20th century, Nazca has dazzled the world with its impressive ceramics and fine textiles, as well as its geoglyphs, the enormous drawings that appear on the pampas, whose nature and function have been the subject of intense debate. The exhibition is presented, then, as a show with a representative selection of ceramic, textile and metal objects, as well as photographs and videos that offer a contemporary perspective of Nazca and its surroundings. The exhibition has been co-organized by MALI and the Rietberg Museum (Zurich) with the collaboration of the Bundeskunsthalle (Bonn), Fundación Telefónica and PromPerú. The show has previously been shown in Lima, Zurich and Bonn.

With this unprecedented programming of Latin American art in the Iberian country, Peru reveals the density and thickness of its millenary, modern and contemporary culture. Located in a territory that has intrigued a hundred specialists from all fields of study, Peru makes use of its traditions and its avant-garde as the guest country of the ARCOmadrid 2019 fair.