From October 3rd to January 14th, at Frank Gehry's building, the Louis Vuitton Foundation will exhibit a hundred works by the renowned artist and painter Jean-Michel Basquiat. The exhibition aims to make a journey throughout the American artist career that goes from 1980 to 1988, because of his early death. 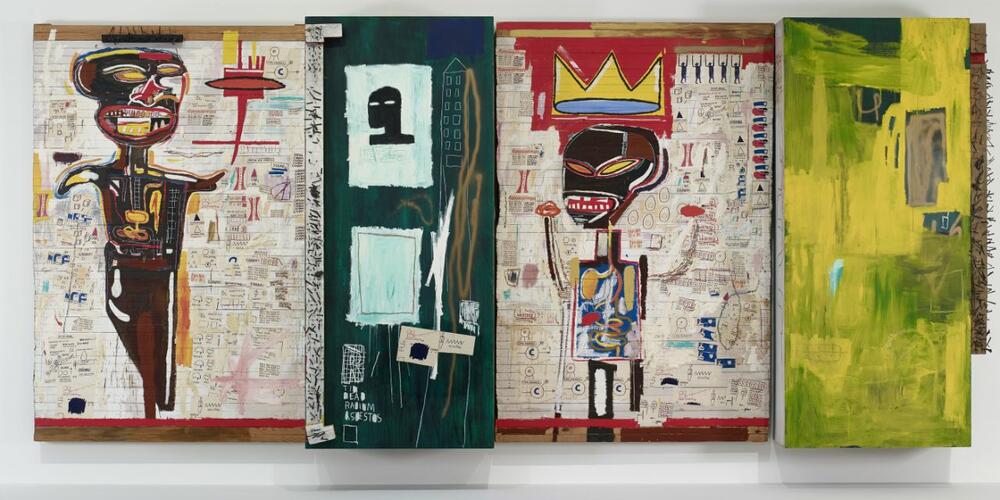 Constituted with around 120 works, the exhibition organized by Fondation Louis Vuitton not only shows the most popular productions of Basquiat, but also covers his work done in conjunction with Andy Warhold, such as Dos Cabezas (1982) - one of the pieces that marked the beginning of a very deep collaborative relationship between both artists-. In addition, for the first time his trilogy Heads (1981-1983) will be exhibited together.

Curator Dieter Bruchhart explained: “The exhibition follows his work, from the first drawings and monumental works to the later prints, collages and assemblages, shedding light on his inimitable touch, use of words, phrases and enumerations, and his recourse to concrete hip hop poetry. To the image of the African American man threatened by racism, exclusion, oppression and capitalism, he opposed warriors and heroes. "

Finally, this extensivesolo show presents works never before presented to the European general public. Among these are Offensive Orange (1982), Untitled (Boxer) (1982), Untitled (Tenant) (1982), Baptismal (1982) and Lye (1983). This makes the exhibition one of the most important in Basquiat’s career, one of the most influential artists of that New York generation that forever marked contemporary art.