FIGUEIREDO AND COLLARES AT LEME GALLERY

At the Leme Gallery in São Paulo (Brazil), a dialogue between Luciano Figueiredo and Raymund Collares illustrates the evolution of the countercultural and experimental movements that took the country's artistic scene in the 70s. With Figueiredo's chromatic productions and the appropriation made by Colares' artworks of the visual and narrative elements of the advertising discourse of the time, Luciano Figueiredo em diálogo com Raymundo Collares allows the visitor to glimpse the formal problematic of the environment and the sociopolitical environment from which a reactionary art sprang up. 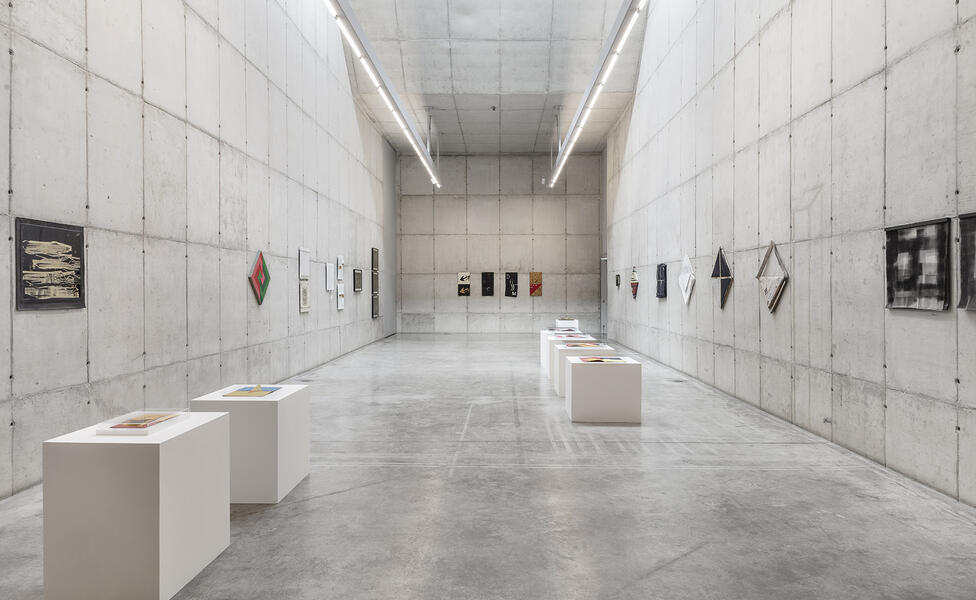 The works of Luciano Figueiredo have been characterized by their research in the newspaper outside their journalistic use, just as a material. His productions with this material began in the mid-70s, when the artist resided in London. From this early period works such as the Kinomania series (1980-90) were born, where Figueiredo not only dialogues with geometric art, but also with the breakthrough film genres such as the Cinema Noir inaugurated by directors such as Orson Wells or Bill Wilder. Also, almost at the same time, Collares created his series of object books or well-known as comic books, probably his most famous production. In this way, the works of both artists constitute a space - understood as a "common expression" - exploratory of the formal characteristics of the media used and also describe the beginnings of constructivism and graphic traditions through experiments with the properties of fabrics and papers.

The two artists that make up Luciano Figueiredo em diálogo com Raymundo Collares have been both indicators and catalysts of the cultural effervescence of the 60s, 70s and 80s. From his wide experience and global vision of art, Figueiredo made his self an artist from an active witness position in the contemporary history of art. This led him to a thorough investigation of everyday materials and their possibilities within the composition of the works that, although they started outside of Brazil, responded, as an extension and continuity, to the legacy of concretism and the Latin American avant-garde movements from the early century. It is precisely from there where series like Relief that the artist defines as "possibilities of color and space in suspension" are explained.

The artworks of Raymundo Collares, on the other hand, inverts the representation of the rhythms dictated by the hegemonic production of the time. Through the geometry, the fragmentation and the use of striking colors, the artist portrayed the dynamism and diversity of a time of great transformation. In addition, his drawings and paintings made from elements of popular culture became a germinator of the New Figuration in Brazil.