FAMILIA EDITIONS: THE BOOK AS AN ART OBJECT
By Tomás Gonzalez Casartelli 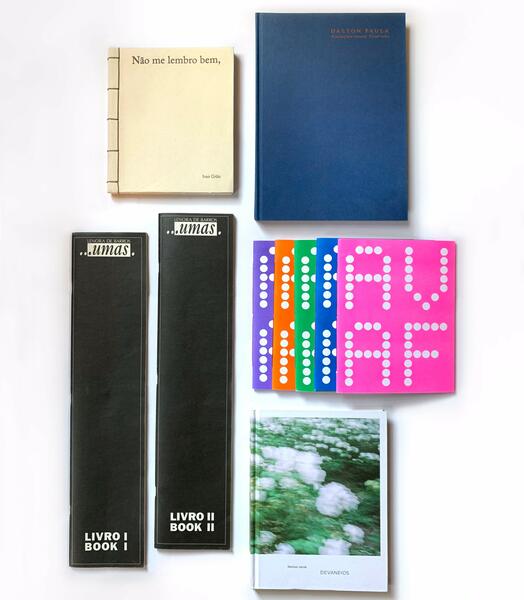 A new creation that breathes fresh air to the original work, enhancing and preserving it. This is how one could describe the works of Familia Editions, a specialized independent press born in 2018 and based in New York. Despite being a one-woman-show, Familia has already elaborated six editions and is working on a further three. Maria Correa do Lago, its founder and a lifelong book enthusiast, calls these creations not just books, but rather “books as art objects”.

Correa do Lago started the project Familia Editions as a way to combine all her passions and creative skills: art, design, editing and people. Living between New York, Madrid and Rio de Janeiro, this Brazilian designer and editor finds her natural environment between books and the art world. Through collaborations with fellow Brazilian artists, Familia Editions was launched as a way to compensate for the lack of representation that the country’s contemporary art scene has in the international art book market. Small publishers dedicated to artist books have a hard time showing their work outside Brazil, a challenge that Correa do Lago has bravely decided to overcome.

She founded this independent press which elaborates high-quality books through close collaboration with the artists. The product is what she calls the “book as an art object”, one that offers a new platform for the artist’s work through a profoundly unique and personalized media.

The task, however, is no easy feat. Correa looks to “explore the many ways of thinking a book”, respecting the artist’s concepts along the way. This demands close work with them, a symbiotic collaboration where design elevates content and where different points of view combine to give birth to something new. This relationship of trust somehow develops into friendship, she says, building a bond that allows for the appearance of something fresh and new, yet faithful to its original stepping stone.

Correa do Lago says: “Each book comes from the dialogue with the artists. Sometimes when we’re having intense conceptual conversations, I start visualizing the book in my mind, the format, the materials… then I propose to the artist and we start the editing process together. There are other times the original idea is just refined until the end of the production, sometimes during creative process it changes according to what’s really possible to do and makes sense to the artist.”

All publications are limited editions (between 150 and 500 copies) and the quality of materials used for elaboration is carefully assessed. Ivan Grilo’s I Cannot Recall Well, (Não Me Lembro Bem, in Portuguese), for example, was entirely handmade in Brazil with local materials, containing embossed letterpress printing on handmade paper made of Brazilian natural fibers. The book reproduces the artist’s poetical work, reflecting on politics and love, or the private and the public.

In a limited edition of Dalton Paula’s Visual Notes (Anotações visuais), several series created for shows like the São Paulo Biennial 2016 or New York’s Triennial 2018 are reproduced and presented in a handmade cardboard box and original etching.

Familia’s collaborations with artists Demian Jacob and AVAF are just as carefully trimmed and elaborated with such personal artisanal quality.

Three new editions are on the way, featuring collaborations with Lenora de Barros, Rosana Paulino and Regina Parra. De Barros’ …Umas will launch in 2020, but a teaser to the edition will be held at the Pinta Miami art fair during Miami Art Week. The book is to be a facsimile of a selection of newspaper columns she wrote during the 90’s, and a big panel reproducing several of them will be installed at Familia’s space at the 13th edition of this prestigious Ibero-American art fair, together with two performances by the artist.

Commenting on the future, Correa do Lago says she “definitely wants to stay focused in this niche, showing Brazil’s beauty and cultural richness to the world”, enabling the editorial as “one more media for artistic work” and being more affordable and portable when compared to artwork sold in galleries or only accessed at art institutions. Several artists have already reached to Familia looking for future editions, and since its mastermind is in charge of all the steps in the process (edition, design, production, promotion and distribution), a busy year is in store for her. One in which Familia Editions, surely, will continue to grow.