Since May 5th until June 23rd Eugenio Dittborn presents his Pinturas Aeropostales Recientes (Recent Airmail Paintings) at Alexander and Bonin, in New York. The exhibition consists of its most recent paintings in relation to this project. 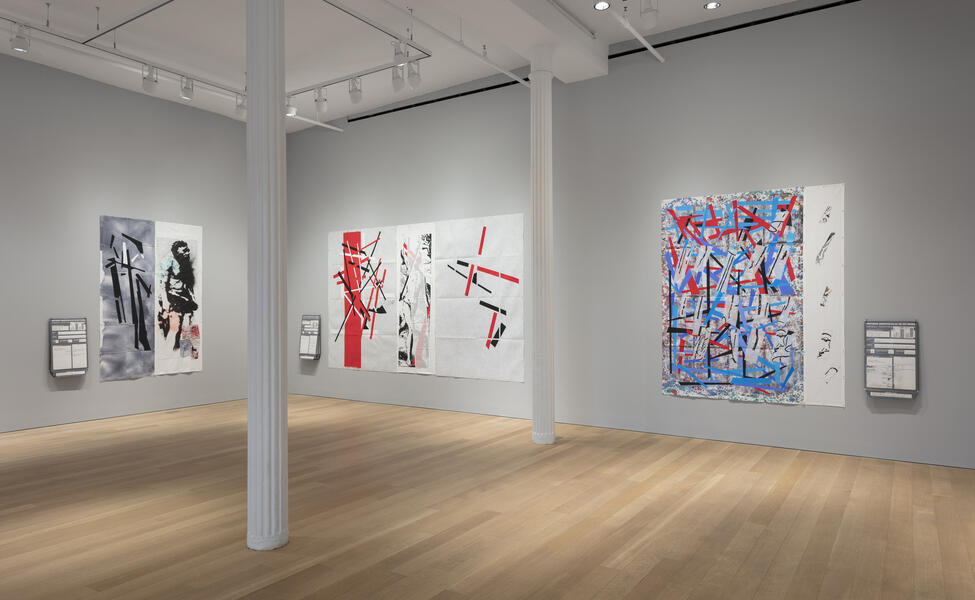 The innovative format used by the Chilean artist was an invention of his own, which emerged in 1984 during the dictatorship of Pinochet. During this period, the Airmail Paintings allowed Dittborn to "communicate beyond the borders of Chile without depending on the existence of an elaborate cultural infrastructure". An innovative form of expressive support, the Airmail Paintings consist of large sections of pliable materials, which are then folded, inserted into specially designed envelopes, and mailed to an international place of exhibition. When received, they are unfolded and pinned loosely to the wall, the creases of their travel carefully preserved. The envelopes in which they arrived are hung alongside the works, bearing the stamps and traces of the journey they undertook.

Almost 35 years have since the invention of the Paintings Aeropostales, Dittborn has continued his signature modus operandi, as a metaphor for geographic and cultural distances, global image transmissions, and a broad range of social and historical conditions. A work that it signifies constantly. In addition, A brochure containing an essay by Laura Braverman was published by Alexander and Bonin to accompany the exhibition.

Together with the Airmail Paintings, the gallery is projects two videos made by Dittborn during the 80s: Cinco Bocetos Preparatorios para la Historia de la Música (1986/2008) and El Crusoe (1990/2008).