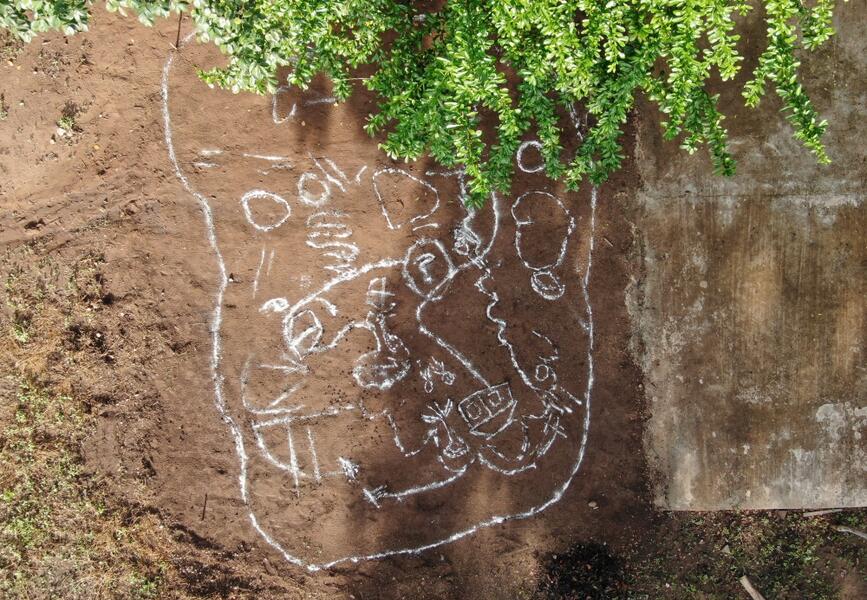 On the one hand, HAWAPI 2018, Pondores is an exhibition that is based on the HAWAPI project, a Peruvian itinerant art project. Its exhibition at Espacio El Dorado means the first at the Colombian country. The initiative of independent Peruvian art consists of giving possibility to artists who belong to affected sites -either economically, socially, politically or environmentally- to carry out contemporary art projects. The works exhibited in Bogotá are the record of what was HAWAPI 2018, carried out during November of last year in the Territorial Space of Training and Reincorporation (ETCR) Amaury Rodríguez, located in Pondores (La Guajira). It is the first time that the project is made and exhibited in Colombia.

The exhibition, under the curatorship of Andrea Muñoz, brings together works of national and international artists produced as a result of their experiences during the residency. In this case, the space selected for the residence -ETCR Amaury Rodríguez- is one of the sites that emerged from the Peace Agreement signed between the Colombian Government and the Revolutionary Armed Forces of Colombia on November 24th, 2016. From this symbolic charge is from where the eleven artists who formed part of HAWAPI began their artworks.

Together with the HAWAPI exhibition, an academic program designed by the anthropologist and curator Jenny Díaz will be developed, which will include a Round Table, a Symposium, a couple of talks and guided visits that will have the participation of different connoisseurs of the Peace Process in Colombia. , as well as the members of Hawapi 2018, in order to encourage an open dialogue about the project and its results.

On the other hand, Murmurio, inaugurated at the beginning of this month marks the proposal for Espacio El Dorado for 2019. "The works that make up this exhibition show processes that have been deep and affiliated, both contemporary and historical, that deserve to be made visible by their critical role, conscientious and tempered ", explained from the curatorial team. The exhibition is made up of works by young artists, such as Maria José Chica, Luz Adriana Vera and María Leguízamo, and references such as Adolfo Bernal, Antonio Inginio Caro, Rosa Navarro, Gustavo Sorzano and Gilles Charalambos. The exhibition will remain until March 9th.